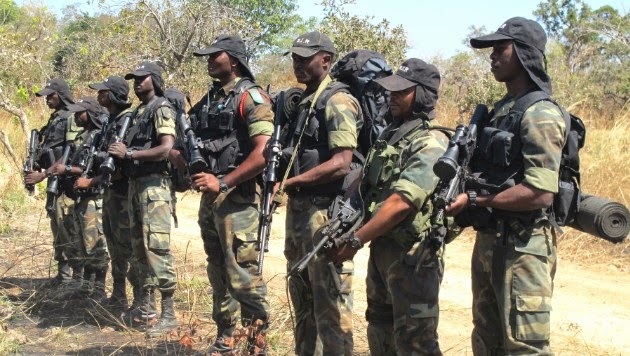 A Cameroonian soldier shot dead three civilians overnight in the northern town of Mora, sources close to the security services said on Thursday.

The man, a corporal deployed as part of the fight against the Nigerian militant Islamist group Boko Haram, killed two women and a boy, according to one source. Nine others were injured.

Another security source confirmed the toll and called the shooting “an act of madness”.

A source said the man had deserted his base and had been going house-to-house while under the influence of cannabis, demanding money and opening fire on those who refused. The victims are believed to be from among those displaced in the region by the fighting.

The situation in Mora on Thursday was described as tense, with the refugees demanding retribution against the soldier. Mora is home to the headquarters of the local sector of the Multinational Joint Task Force fighting Boko Haram, in which Cameroon participates along with four other countries in the region.

Boko Haram began its bloody insurgency in Nigeria in 2009, seeking to install an extremist Islamic state in the country.

The militants began cross-border attacks in 2014, and have regularly carried out raids in Cameroon, killing, looting and kidnapping villagers.