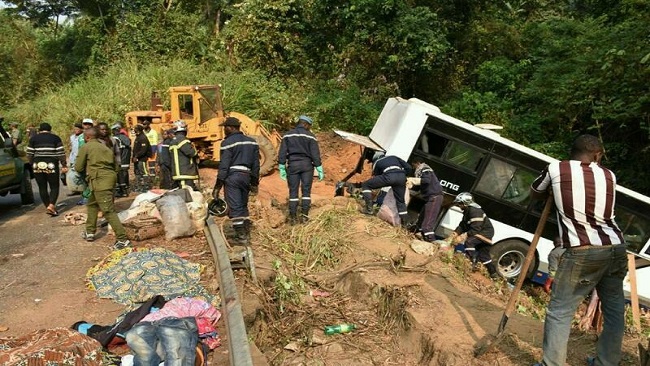 Cameroon has initiated tough road safety measures including the deployment of additional traffic officers across the country in a bid to curb rising road accidents in the central African nation, authorities said on Tuesday.

A road safety campaign to run for four months will focus on the fight against overspeeding, overloading, bad vehicle condition, and disrespect of anti-coronavirus measures, said Divine Mbamome Nkendong, Director of Road Transport of the Ministry of Transport.

“According to our studies, lots of people travel in Cameroon between the months of June to September. That’s why this campaign is taking place during this period which is also notorious for the occurrence of accidents,” Nkendong told reporters in the capital Yaounde at the start of the campaign.

“We are sending our best teams to the field and up-to-date equipment on road safety during this period. All offenders will be severely punished in compliance with the regulations in force,” he added.

Cameroon has seen rising fatalities for the last few years, with about 1,500 deaths reported annually on the highways, according to the Ministry of Transport.