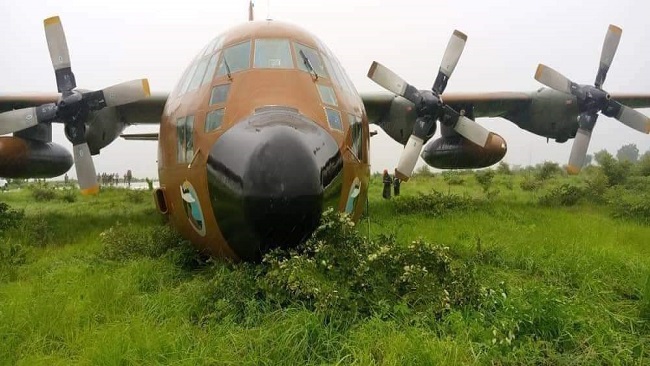 A Cameroonian military plane crashed in a bush during landing at Maroua Airport in the country’s Far North region on Sunday, but there were no fatalities, local authorities said.

The plane sped off the runway following landing and crashed in the bush, authorities said.

Several people, including civilians and soldiers, were injured and were immediately rushed to the hospital to receive medical attention.

The cause of the incident has not been established, but preliminary investigations indicate it was caused by “poor weather,” according to military sources.