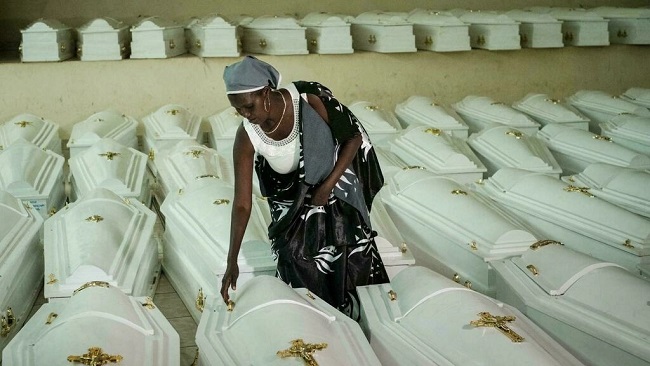 France’s top court on Tuesday confirmed that a probe should be closed into the shooting down of a presidential plane that triggered the 1994 Rwanda genocide, ending a two-decade legal saga.

The Court of Cassation rejected the appeal by families of people killed in the missile attack on president Juvenal Habyarimana’s aircraft on April 6, 1994.

They had asked judges to reverse a lower court’s decision to abandon the case against people close to current President Paul Kagame.

Relations between Paris and Kigali had long been strained by the probe and its associated arrest warrants.

“The investigation was complete and sufficient charges did not exist against anyone for committing the alleged crimes, nor any other infraction,” the Court of Cassation found.

The Falcon 50 plane was carrying Habyarimana and Burundian president Cyprien Ntaryamira from a summit in Tanzania, where they had been discussing the crisis in the two countries and continuing negotiations with Kagame, then leader of the mostly Tutsi Rwandan Patriotic Front (FPR).

Its downing is widely seen as the spark that ignited the genocide in which more than 800,000 people are believed to have died — most from the Tutsi minority at the hands of Hutus.

Rwanda’s representative at the UN said at the time that the plane was shot down by “enemies of the peace,” while the defence ministry said “unidentified elements” were responsible.

Relatives of the French flight crew turned to the courts in 1998.

French investigators long suspected that Kagame’s rebels fired on the flight as it landed in the Rwandan capital.

Later they chased up the theory that Hutu extremists unsatisfied with the moderate Habyarimana were behind the attack, with no more success.

But a French expert report found in 2012 that the plane was hit by missiles fired from a camp occupied by Habyarimana’s own presidential guard.

Defending their dropping the case in December 2018, the investigating magistrates said there was a “lack of indisputable material evidence,” and this left the charges resting on witness accounts that were “mostly contradictory or impossible to verify.”

They also underlined the “detrimental atmosphere” around the case, including killings, disappearances of witnesses and manipulation of testimony.