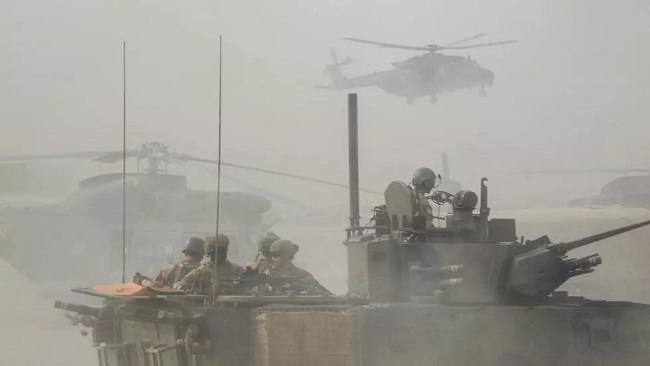 French military in Mali says it killed civilian ‘by accident’ 0

French anti-jihadist troops in Mali killed a civilian Tuesday and injured two others after a bus refused to slow down in a volatile area despite their orders, the French army command said.

The incident occurred about 50 kilometres (31 miles) from the city of Gao in Mali’s troubled north.

The French soldiers fired warning shots in the ground but two bullets bounced off and hit the windscreen, wounding three people, including one fatally, the French army command said.

“The seriously wounded person was evacuated by helicopter to the hospital of the (French) Barkhane force in Gao, but died of his injuries,” it said.

“All steps have been taken to ascertain the exact sequence of events,” it said, expressing its “sincere condolences to the family of the deceased.”

Mali is now under the control of a junta which seized power in a putsch two weeks ago.

Swathes of its territory are outside of the control of central authorities and years of fighting have failed to halt an Islamist insurgency that has claimed thousands of lives since emerging in 2012.

France has deployed over 5,000 troops serving in its Barkhane anti-jihadist force in West Africa.

A key part of French strategy to combat terrorism in the turbulent region lies with the so-called G5 Sahel force — a scheme to create a 5,000-man joint force gathering Burkina Faso, Chad, Mauritania, Mali and Niger.

But the force lacks equipment, training and funds.