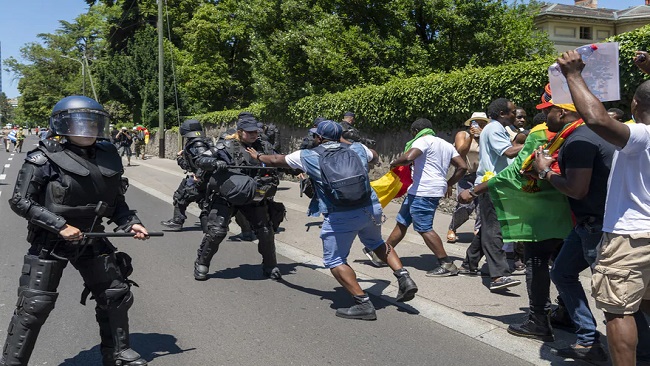 A Geneva court has rejected the appeal of six members of Cameroon president Paul Biya’s security detail who were convicted for assaulting a Swiss journalist during the president’s visit last year.

Robert Assaël, the lawyer of one of the defendants, confirmed reports of the judgment in local Geneva media on Tuesday. He added that the Geneva appeals court had violated international law with the judgment as the president’s staff enjoys diplomatic immunity, preventing them from criminal prosecution.

“It doesn’t matter if the head of state was on a private visit, was inside the hotel and was not approached [by the journalist].”

The journalist from Swiss public television, RTS, was assaulted by the president’s entourage in front of the InterContinental Hotel, where Biya was staying during a visit to Geneva in June 2019.

The incident took place during a demonstration outside the hotel where Biya was staying by a group of protesters. The assault prompted Switzerland to summon the ambassador of Cameroon to Bern, where he was told that “such incidents are unacceptable, and that freedom of the press is protected and must be respected”.

The six employees were initially arrested in June 2019 and given suspended prison sentences. In July, Geneva prosecutors found the individuals (five men and one woman) guilty of coercion, damage to property and illegal appropriation. The Geneva judiciary found no justification for the response by Biya’s team.

According to reports in the French-language paper La Tribune de Genève, the defendants plan to appeal to the federal court.