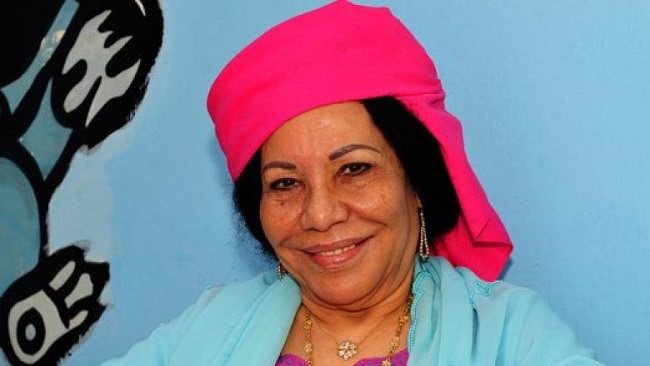 The late wife of Cameroon’s former President, Ahmadou Ahidjo is now resting beside her husband at the Yoff Muslem cemetery in Dakar, Senegal.

She was laid to rest on Wednesday April 21 following her demise recently after suffering from an undisclosed illness.

Germaine Ahidjo was buried beside her husband, the late president Ahmadou Ahidjo, who died 32 years ago in Senegal.

The former first lady battled for the husband’s remains to be brought back to Cameroon for a state burial but met with a stone wall.

She was of the opinion that the country had to organize the repatriation of the former Head of State’s remains pertaining to his image as ex President.

Paul Biya reportedly sent words of comfort to the family, indicating that the late Germaine was a lady with a great personality who together with her husband contributed in lifting up the face of the country.