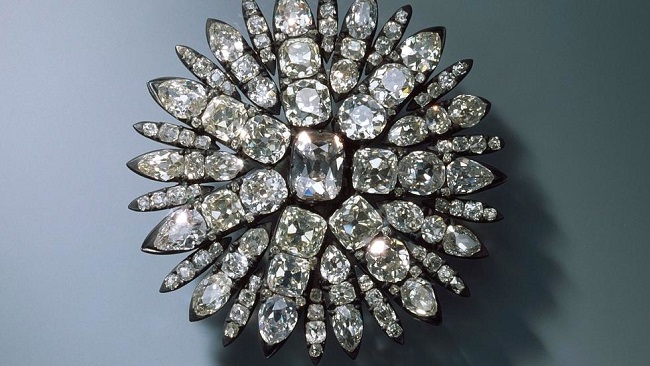 Investigators in Germany on Thursday offered a half-a-million-euro reward for information about the spectacular heist in which robbers snatched priceless diamonds from a state museum in Dresden.

Police said the reward ($550,000) was being offered to anyone providing information “which could lead… to the capture of the perpetrators or the recovery of the stolen items”.

Police across eastern Germany are continuing their search for the thieves who launched a brazen raid on the Green Vault museum in Dresden’s Royal Palace on Monday.

Having initiated a partial power cut and broken in through a window, the thieves stole priceless 18th-century jewellery from the collection of the Saxon ruler August the Strong.

They stole objects encrusted with hundreds of diamonds, including the famous 49-carat Dresden white, the museum said on Wednesday.

Police are hunting four suspects in the theft and have released dramatic CCTV footage which showed one of them breaking into a display case with an axe.

Aside from a burnt out car that they identified as the initial escape vehicle, investigators are yet to find a significant trace of the thieves.

Dresden police said they were also in contact with colleagues in Berlin to explore possible connections to a similar heist in the capital two years ago.

Four men with links to a notorious Berlin gang were later arrested and put on trial.

On Thursday, police said the Dresden investigations were now being led by the state prosecutor’s department for organised crime.

The special commission set up to investigate the theft has also doubled in size to involve a staff of 40. “We will leave no stone unturned to solve this case,” said regional police president Horst Kretzschmar.