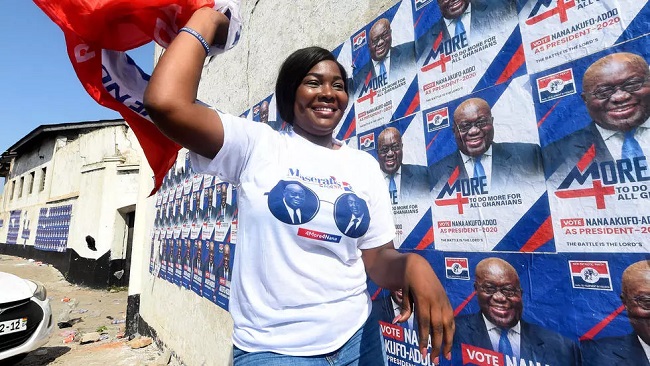 Ghana’s president Nana Akufo-Addo, a former human rights lawyer with the reputation of a smooth operator, has won a second term with 51.59 percent of votes in Monday’s tightly contested election.

The 76-year-old ran against 11 candidates including his long-time opponent John Mahama, 62, a former president himself known as “a man of the people”. He came in second with 47.36 percent of votes.

Akufo-Addo, who sports ‘Harry Potter-esque’ glasses, is a London-educated economic liberal with a cheerful smile. But while he often comes across as jovial, he is a dynamic and forceful leader.

In a speech that went viral in 2018, the president pleaded with fellow Africans to get rid of a dependence mentality towards former European colonisers, aligning himself with historic pan-African leaders such as Kwame Nkrumah and Jerry Rawlings.

“Long before he came into politics, he was somebody who had built a strong reputation fighting the military dictatorship, which enabled him to build friendships across political lines,” said Kwesi Jonah, a senior research fellow at Ghana’s Institute for Democratic Governance.

In 2016, after two failed attempts at the presidency, the New Patriotic Party (NPP) leader rode to power on promises that included free high school education and a factory in each of Ghana’s districts.

On education in particular, “he has done very well,” said Jonah — a point that counts in a country where 18- to 35-year-olds account for more than half of all eligible voters.

While in office, he launched the Year of Return to encourage descendants of slaves to “come home” and encourage investments.

Ghana has recorded high levels of growth during his first term in office as he worked to diversify an economy largely dependent on cocoa exports and more recently oil and gold.

But many still live in extreme poverty with scarce access to clean water or electricity.

Severely hit by the coronavirus pandemic, growth in the nation of 30 million people is expected to fall this year to its lowest in three decades, to 0.9 percent according to the International Monetary Fund.

After picking up an accent in Britain, along with a lifelong passion for Tottenham Hotspur, Akufo-Addo worked as a lawyer in France before returning to Ghana.

Throughout his career, as a lawyer, then member of parliament and minister, he built a strong anti-corruption reputation.

“Everybody saw him as the guy who, when voted into power, would be able to bring corruption under control,” said Kwesi Jonah, a senior research fellow at Ghana’s Institute for Democratic Governance.

Once in office, he appointed a special prosecutor to investigate and prosecute corrupt officials.

But the prosecutor, Martin Amidu, resigned in November, shortly after releasing a report into a government-backed royalties deal, accusing the president of obstruction and interference.

Despite denials of any wrongdoing from the government, it did not put Akufo-Addo in a flattering light and discontent with his administration — many of which include family members — is simmering.

During this year’s campaign, the president did not make ambitious promises as he had in 2016.

“He has been in power for four years,” said Jonah, “so he knows it is very difficult to get money to do things.”

A first and urgent task will be to limit mounting debt and control rising inflation.