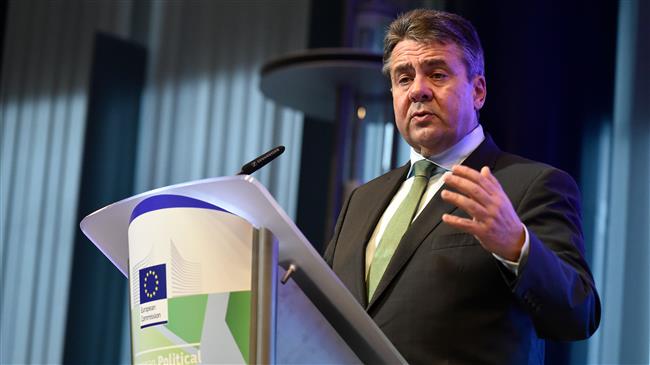 German Foreign Minister Sigmar Gabriel has issued a warning to Israel over the EU’s rising “frustration” with the Tel Aviv regime’s policies toward the future of a so-called two-state solution.

Speaking at a conference in Tel Aviv on Wednesday, Gabriel noted that several members of the Israeli cabinet were “explicitly against the two-state solution.”

He added that such a solution “has always been the foundation of our engagement for Israeli-Palestinian peace and for the large amount of funding” from Germany and the EU.

“We need to know if Israel is not supporting a negotiated solution to this conflict anymore,” he added.

“These – at best mixed – signals do not go unnoticed in Europe, where there is clearly growing frustration with Israel’s actions,” he added.

Referring to an increase in concerns about violence, hatred, and Israel’s continued settlement construction, he said, “It is increasingly difficult for people like me to explain to them the reasons why our support for Israel must persist.”

Gabriel also broached the subject of US President Donald Trump’s recognition of Jerusalem al-Quds as the Israeli capital.

“The Americans are taking your side more clearly than ever before. But is this really only a good thing?,” he asked.

On December 6, 2017, Trump announced his decision to recognize Jerusalem al-Quds as Israel’s capital and relocate the US embassy in Israel from Tel Aviv to the occupied city.

Referring to the US’ past desire to act as a mediator in the Palestinian-Israeli talks, he asked, “Can the Americans still play such a role if they take sides so openly? Will others try to step into their shoes?”

Earlier this month, Palestinian President Mahmoud Abbas said that Trump’s so-called Middle East peace efforts are the “slap of the century” after his recognition of Jerusalem al-Quds as Israel’s capital