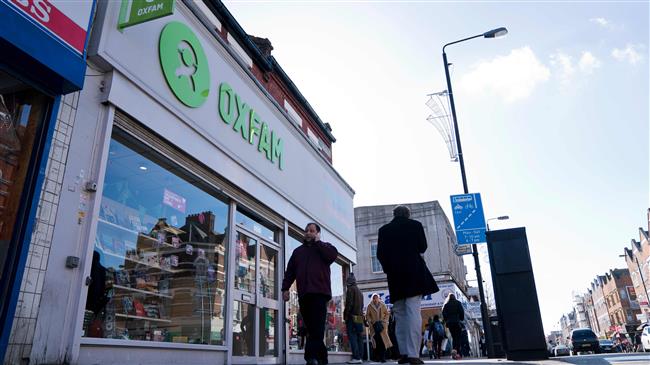 Haiti has suspended Oxfam Great Britain’s operations in the Caribbean country following allegations of sexual misconduct by some of the charity organization’s staff.

Oxfam entered Haiti after a devastating earthquake hit the island nation in 2010. There have been allegations of sexual misconduct against those sent to help the victims of the earthquake, which killed tens of thousands. Oxfam has formally apologized, expressing “shame” for the behavior of its staff.

Haiti’s Planning and External Cooperation Minister Aviol Fleurant said on Thursday that Oxfam’s suspension was ordered due to “serious failings” by Oxfam Great Britain between 2010 and 2011, and that a definitive decision on its ability to operate in Haiti would be made in two months following a review of the evidence.

“If during the two month-long investigation, I find out there is a link between the aid funds that Oxfam received on behalf of Haiti and the crime that has been committed, we will… declare Oxfam Great Britain persona non grata in the country,” Fleurant said.

In a separate statement, Fleurant accused Oxfam staff of committing acts of “sexual abuse” and exploitation.

Fleurant said the suspension of the charity’s right to operate was limited to Oxfam Great Britain and did not apply to Oxfam Canada.

Oxfam is a confederation of 19 independent charitable organizations with nearly 10,000 staff working in over 90 countries that use the name Oxfam and are led by UK-based Oxfam International, which is one of the UK’s biggest charities.

The charity, which receives hundreds of millions of dollars from government and private sources, aims to work for greater impact on the international stage to reduce poverty and injustice.

It said it had lost 7,000 regular donors since it was revealed that its staff sexually exploited vulnerable women in Haiti, according to British daily The Guardian on Tuesday.

Britain and the European Union are reviewing their funding of Oxfam amid the allegations in Haiti.

Meanwhile, Winnie Byanyima, the executive director of Oxfam International, has promised to appoint an independent commission to investigate the allegations of sexual abuse by the staff of the charity.

Byanyima described the majority of the rank and file working at the charity organization as people of values.