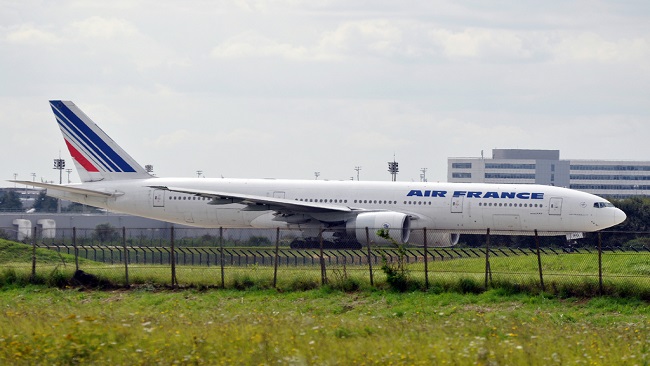 President Paul Biya has approved the execution of Air-France’s commercial flights from May 4 to June 30, 2020. This notice was sent to the Director-General of the Civil Aviation Authority in a letter sent by the Minister of Transport Jean Ernest Massena Ngalle Bibehe.

According to the letter, the flights will be executed alternatively, weekly, at the international airports of Yaounde-Nsimalen and Douala.

This agreement is however subjected to the observation of some key conditions. “Passengers on these flights will have to present a negative coronavirus screening test when boarding, and commit to self-confine at their expenses upon arrival in Cameroon,” the Minister of Transport wrote.

“Arrangements will have to be made for their monitoring in our country. The mandatory wearing of masks and compliance with barrier measures will also be imperative for these passengers and Air-France staff,” he added.

Last March, the Cameroonian government revealed that the first cases of coronavirus in the country were imported. Most of those infected had landed from Air-France’s commercial flights. Following this importation of the pandemic, Cameroon had decided to close all its borders.

With the confirmation that the President of the Republic has given his approval for the resumption of commercial flights of the French airline to Cameroon, are we moving towards the reopening of the country’s borders?

An Air France flight that landed on Tuesday, March 17, 2020 in Douala, Cameroon’s economic capital, was at the center of heated debates at the Douala International Airport because of its contaminated human contents.

The flight raised fear in the Central African country by many notches, as Cameroonians fear that their fellow Cameroonians and some Frenchmen returning to the country were bearers of the dangerous Coronavirus that has disrupted economic activity across the globe and killed thousands, especially in China where the virus started.

Written by Business in Cameroon and Cameroon Concord News