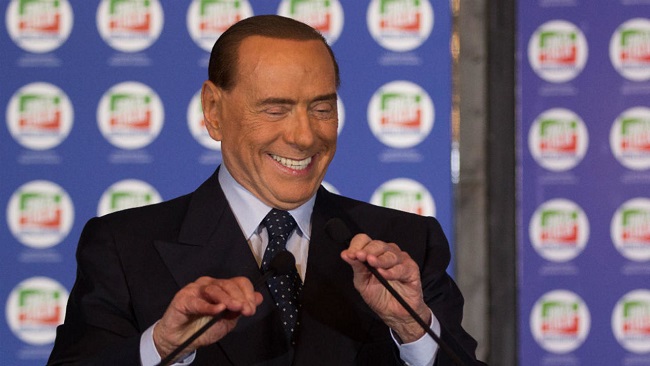 Former Italian prime minister Silvio Berlusconi has been hospitalised for the second time in two weeks, a source within his Forza Italia party said Wednesday.

The flamboyant 84-year-old billionaire and media tycoon has been at Milan’s San Raffaele hospital since Tuesday afternoon, the source said.

Berlusconi arrived for a check-up, and doctors decided to keep him in to conduct more tests, the source added.

The hospitalisation was also announced by one of Berlusconi’s lawyers during a hearing in Milan linked to his long-running “bunga bunga” sex scandal.

The hearing is part of the latest prong of the investigation into Berlusconi’s relationship with an underage girl, Karima El-Mahroug, dubbed “Ruby the heart-stealer”.

The probe involves alleged payments to witnesses by Berlusconi to buy their silence over his so-called “bunga bunga” parties involving El-Mahroug and other women.

Berlusconi, who has dominated public life in Italy since the 1980s, has had a string of health problems in recent years.

He already spent a couple of days at the San Raffaele in late March. His entourage said at the time it was to conduct previously scheduled tests.

In January, Berlusconi — who had open heart surgery in 2016 — was admitted to a hospital in Monaco for heart problems. Last September, he was hospitalised for 11 days with Covid-19.