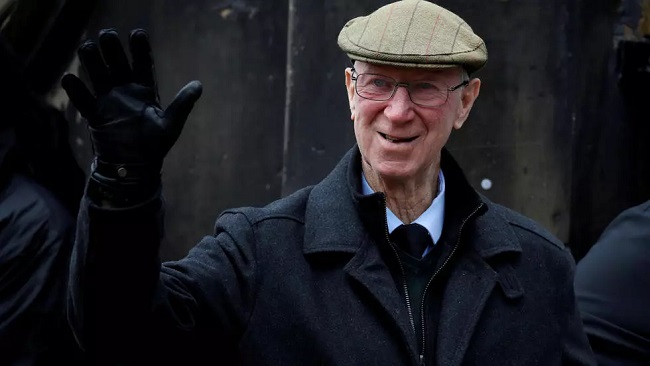 Few players or managers have enjoyed World Cup glory with two countries but Jack Charlton, who has died aged 85, was held in rare affection by English and Irish football supporters.

The World Cup may have brought the best remembered moments of his career but Charlton had no shortage of success at club level during nearly 45 years as a player and manager.

Charlton, a tall, no-nonsense central defender, was part of Alf Ramsey’s England team which won the World Cup in 1966, playing in the same side as his brother Bobby.

As a manager, he took Ireland to their first World Cup, in Italy in 1990 and led them to the quarter-finals of the tournament, which remains the country’s best performance.

Awarded an OBE in 1974 and given honorary Irish citizenship in 1996, after his death was announced in a family statement on Saturday, Charlton was described by the country’s former Prime Minister Leo Varadkar as “Ireland’s most loved Englishman”.

He was a proud Northumbrian, from the mining village of Ashington, but spent his entire club career with Leeds United.

Charlton was a central part of the Yorkshire club’s golden era in the 1960s and 70s under Don Revie, winning trophies at home and abroad and making a club record 773 appearances.

His popularity crossed generations and football loyalties, with many Northern English school kids in the 1970s enjoying his passionate and unscripted coaching in the Tyne-Tees television series “Play Soccer – Jack Charlton’s Way”.

After leaving school, Charlton had briefly worked, like his father, in the mines at Linton colliery but it was not for him and he was on the brink of joining the police force when he went to Leeds United in 1952.

His early years, with Leeds in the second division and Charlton sometimes asked to play at centre-forward, offered little sign of the glory that was to come under Revie.

At one point Charlton met with Manchester United manager Matt Busby to discuss a transfer which would have seen him team up with his brother at Old Trafford.

But he stayed with Leeds until he retired from playing in 1973 and, with his rugged defending and leadership role on the field, was part of the team which won the English league title in 1969 and FA Cup in 1972.

He also enjoyed success in European football as Leeds won the old Inter-Cities Fairs Cup, later the UEFA Cup and now the Europa League, in 1968 and 1971.

Charlton’s England career began relatively late. He was almost 30 when he made his debut against Scotland at Wembley in 1965 but, as with his tackling, the timing was perfect.

Just over a year later, playing alongside captain Bobby Moore and with his brother in midfield, Charlton became a World Cup winner as hosts England beat West Germany 4-2 in the final.

He retired from international duty after the 1970 World Cup and following three more seasons with Leeds he ended his playing career and moved into management with second division Middlesbrough.

In his first season in charge, ‘Boro won the title by 15 points earning promotion to the top flight where Charlton established them before leaving in 1977.

He applied for the England job after Revie’s departure but said he never received an answer to his application.

Charlton dropped into the third division to manage Sheffield Wednesday and it was there that he adopted the direct, physical style that was to prove so effective later with Ireland.

The Owls won promotion in 1980 but, despite a run to the FA Cup semi-finals, he was unable to take them to the top flight and left in 1983 for a short spell at Newcastle.

Taking over the Irish national side in 1986, Charlton secured qualification for the 1988 European Championship, the first time the country had reached an international tournament although they failed to get out of the group stage.

Then came their first World Cup in 1990, after Ireland had beaten Spain, Malta, Hungary and Northern Ireland to qualify for the biggest stage for the first time.

Despite drawing all their games in the group stage at the finals, Ireland went through to meet Romania in the last 16, beating them on penalties after a goalless draw before losing 1-0 to Italy in the quarter-finals.

The team – and their manager – captured the imagination of the Irish public and four years later, in the United States, they did so again, this time beating Italy in the group stage before losing 2-0 to the Netherlands in the last 16.

“He changed everything about Irish football… Jack came in and changed that mentality… His legacy within Ireland is absolutely huge,” said midfielder Ray Houghton.

Those who knew Charlton certainly have no shortage of stories about his humour and forthright opinions which made him one of the great characters of the game.