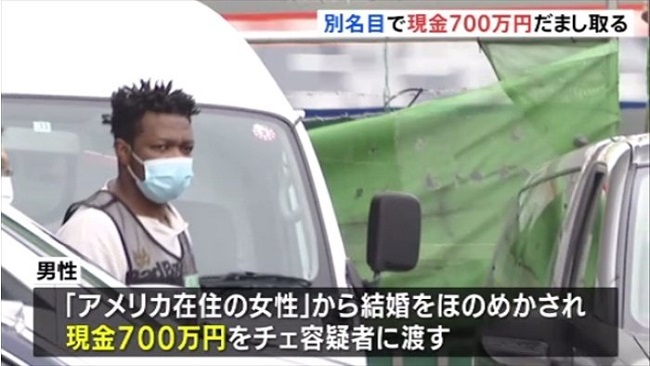 Aichi Prefectural Police have arrested a male Cameroonian national who is suspected of swindling a man in Nagoya by posing as a woman online, reports TBS News (Sept. 25).

Last month, Niba Manfred Che, 33, allegedly collected 80,000 U.S. dollars from the victim, 64, for the fraudulent sale of what he claimed were chemicals that could “turn black paper to currency.”

The Minami Police Station, which seized stacks of black paper, smartphones and a computer during the investigation, did not reveal whether the suspect admits to the allegations.

In July, Che got to know the victim via a social-networking site in which the suspect posed as an American woman, police said.

During their exchanges the suspect suggested marriage. “My family’s fortune is valued at 1 billion yen,” he falsely wrote. “But a handling charge is necessary [for me to receive it].”

For the latter claim, the suspect is also believed to have received an additional 7 million yen from the suspect. Police are continuing the investigation.