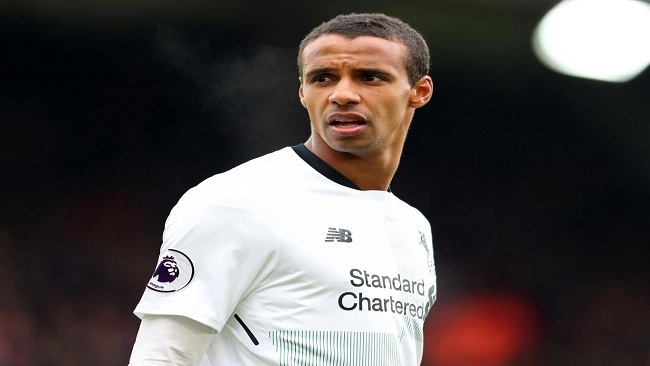 Liverpool defender Joel Matip will miss the rest of the season with an injury, the club have announced.

The Cameroon international sustained a thigh injury during the win over Crystal Palace last weekend and despite being able to complete 90 minutes a subsequent assessment has uncovered a problem that will sideline him for the remainder of the campaign.

That will mean the 26-year-old misses the Champions League quarter-final with Manchester City as well as Saturday’s Merseyside derby with Everton. A short statement read: “Joel Matip is likely to require an operation on a thigh injury, Liverpool can confirm.

“The centre-back sustained the issue during Saturday’s 2-1 victory over Crystal Palace at Selhurst Park.

“Matip was able to complete the full 90 minutes of the fixture, but afterwards medical assessment on the thigh revealed surgery is expected to be required to correct the problem.

“The operation is likely to end the 26-year-old’s involvement in the remainder of the 2017-18 season.”

Jurgen Klopp is set to address the severity of Matip’s injury at his press conference on Tuesday afternoon as well as providing an update on Adam Lallana’s condition after the England midfielder limped out of the game at Selhurst Park just minutes after coming off the bench.