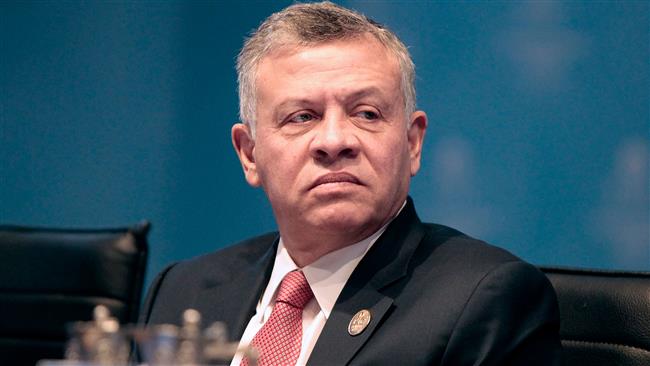 Jordan’s royal palace has denied rumors of a coup plot that surfaced after King Abdullah last week relieved his siblings from top army posts in a major shakeup.

The palace further said in a statement that it would take legal measures against those who propagated “lies and false claims” in social media and online websites aimed at driving a wedge between the royal family and ordinary Jordanians.

“These fabricated news circulated recently are aimed at undermining Jordan and its institutions,” the palace said.

On December 26, the monarch said that his brothers Prince Ali and Prince Faisal and his cousin Prince Talal would be retired to make a way for a reorganization of the armed forces’ hierarchy and structure.

Prince Faisal was head of the royal air force and deputy chief of staff, while Prince Ali had been in charge of the royal guards responsible for the king’s protection for years.

Talal Bin Mohammad, a Sandhurst graduate who was an officer in the elite special forces, was also relieved from his duties. They were all given honorary promotions.

An army source said the king’s decision was prompted by a desire to set an example that the Hashemite ruling family was not above the law ahead of an anticipated move to dismiss scores of top army generals.

The restructuring plan aimed to reorganize the 120,000-strong army by cutting costs and creating a more lean and effective force better equipped to modern warfare against terrorist groups, the king who himself is an elite special forces commander said.

But reports recently said the three princes were arranging for a coup in cooperation with the UAE and Saudi leadership. Amman categorically denied the claims.