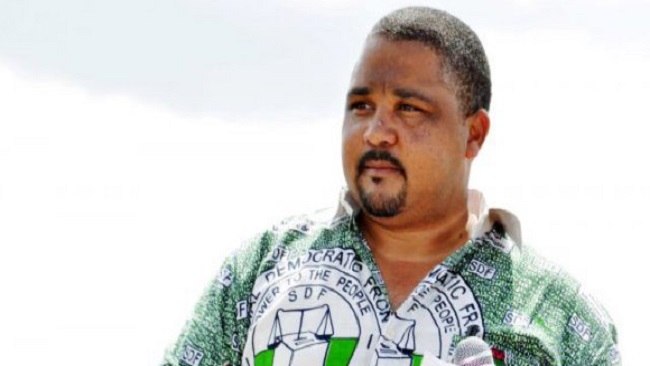 The Southern Cameroons crisis which started in 2016 was a strike by teachers and lawyers, in the English-speaking regions of Cameroon. The professionals, supported by citizens of their areas, protested the unfair use of the French language and unjustified appointments of Francophone elites in their territories.

Cameroon has been passing for a bilingual country. By 2017, the situation had spiralled out of control and developed into a fully-fledged separatist war. Both government forces and separatists are now bogged down in a conflict that observers say, can only be resolved through dialogue.

Not long ago, Hon. Joshua Osih of the Social Democratic Front could travel the entire South West and North West with Southern Cameroonians rushing to shake his hand and thank him for the responsible leadership he was providing for the SDF party with many wishing that he could take over from Chairman Ni John Fru Ndi.

This was a man whose steady response to the sufferings of the Southern Cameroons people transcended partisan politics in Yaoundé and transformed him into an Ambazonian hero. Like Fru Ndi whose emergence prompted the making of an Achidi Achu, Joshua Osih’s meteoric rise heralded the coming of a Dion Ngute into the Star Building.

Just four years into the crisis in Southern Cameroons, Joshua Osih is in free fall. The past few days on the national stage have left his reputation in tatters, already marked in history for his participation in the recent French Cameroun MPs letter to US President Biden. He now seems unstable and incoherent, contradicting both himself and the SDF party.

Several prominent members of the consortium of crime syndicates in Yaoundé including senior military officials have become millionaires overnight from the fighting in Southern Cameroons among them is this chartered member of the Social Democratic Front party who also moonlights as a Member of Parliament and presidential candidate.

Joshua Nambangi Osih (to use his three names) is the son of Mami Therese and Reuben Osih. The SDF MP’s father died some two years ago and for him to have him buried in his native Ndian Division, he had to pay huge sums of money to Southern Cameroons Restoration Forces, as the Francophone dominated government could not provide the much- needed security in that part of the country.

Mr. Osih’s recent decision to turn his back on the people of Southern Cameroons has triggered a backlash! But there are reasons why he embarked on his last journey of many dangers.

Cameroon Intelligence Report understands that the SDF politician recently cornered President Biya via his blood relation Prime Minister Dion Ngute to legalize his security company Camport PLC.  A  Cameroon Presidential Decree No. 2021/074 of 01/04/2021 authorized the company to operate as a private security company with head office in Douala.

Hon. Joshua Osih’s interest in operating a private security company at these challenging times in the nation’s history cannot be termed accidental!! It is indeed deliberate. The timing of the presidential decree too is key as Southern Cameroons and the entire Far North region is host to multiple armed groups and the security challenges facing the country are growing at catastrophic rapidity.

We have reliable information linking Camport PLC to huge Cameroon government military contracts to provide covert security operations in the Southern Cameroons and potentially carryout undercover missions in the Far North to target regime opponents and Southern Cameroon front line members. The company’s objectives are bold and it plans to be merciless on executing them.

Joshua Osih was quoted as saying that “I’d love to become the person that comes up with a solution to the security situation in South West and North West” shortly after he collected a copy of the signed presidential decree. However, the Oroko politician could not adequately secure himself and other members of his family during his own dad’s funeral.

Osih is said to know little about the modus operandi of a private security company. The pot belly SDF MP has, among other things, locked himself out of his own mobile phone after forgetting the password and failing to get it right more than 20 times and now he is using his office and contacts with the ex-convict Minister Paul Atanga Nji to discuss overseas arm deals and a need to raise some few millions of dollars.

Countless reputations name them: Inoni Ephraim, Mendo Ze, Marafa, Amadou Vamouke, have been sacrificed in the fires of Biya worship, but Joshua Oshii’s decline is remarkable given his once-towering stature in Southern Cameroons. So what happened to Osih?  What was he thinking? How did this successful businessman land so far on the wrong side of Southern Cameroons public opinion, history, and possibly Southern Cameroons law? How did he become so completely irrelevant?

The answer is simple: He forgot about Southern Cameroons main political ingredient which is integrity.

By Asu Vera Eyere in London