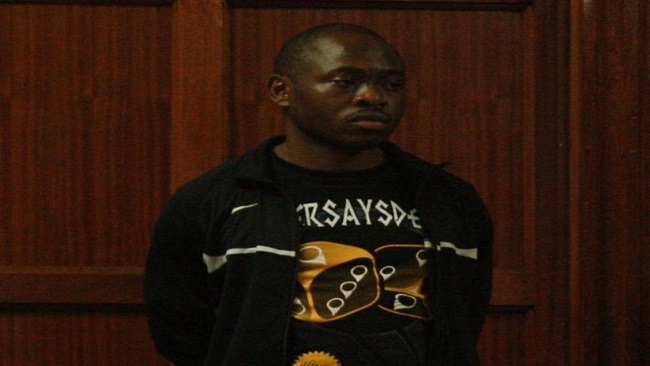 The High Court has ordered the Officer Commanding Station at Gigiri police to produce a Cameroonian national who is being detained despite being released on Sh50,000 bail.

Justice Chacha Mwita directed that Peter Doccta be produced before court next week on Wednesday if he will not have been released from police custody.

But the DCI says Doccta’s current detention in police custody is for the purposes of ensuring his safe removal from the country since he is in Kenya unlawfully as a prohibited immigrant.

In a sworn affidavit, police officer Paul Mutethia says Doccta has not been detained incommunicado and is allowed to have access to lawyers.

Doccta was declared to be a prohibited immigrant by late Interior CS Joseph Nkaissery last year. The declaration was done after Doctta was found to be engaged in several criminal activities, including obtaining money by false pretenses from unsuspecting Kenyans. He did so by falsely representing himself as Peter Doccta Longa having magical powers to make money.

“His continued criminal activities of defrauding Kenyans, his presence in Kenya became a threat to the public interest and that of national security. As a result, he was deported back to his Cameroon. The deportation was done within the ambit of the law,” Muteithia says.

But in July this year, Doccta sneaked back into the country and made a false report at Parklands police station to the effect that he had lost his Cameroonian passport.

His passport had been stamped “prohibited immigrant” by the Immigration Department. The DCI now says Doccta’s unauthorised re-entry to Kenya was a clear disregard and violation of the law and should not be protected from the same laws he has sought to violate.