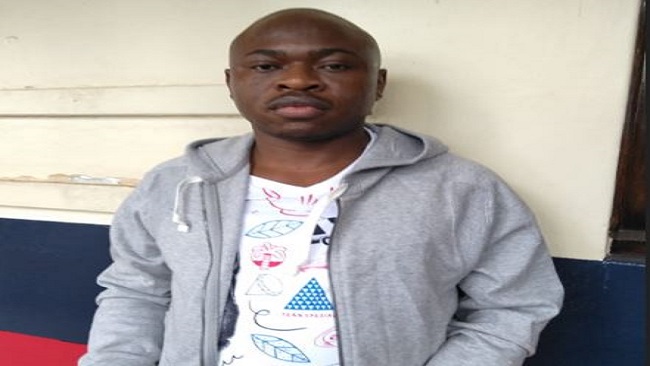 Directorate of Criminal Investigations director George Kinoti has ignored a court order and rearrested a Cameroonian national who was deported from the country last year but managed to find his way back.

Doctta Peter Longa, who was deported last year and declared persona non grata in Kenya was arrested two weeks ago in Nairobi and released on a Ksh.50,000 cash bail by a Nairobi court.

Mr. Kinoti, who says Longa is linked to a spate of criminal activities including; gun running, human trafficking and money laundering ordered for his re-arrest and deportation.

“We are not going to allow criminals to operate in Kenya, Longa has been involved in a series of criminal activities in various countries,” Kinoti said.

The spy boss says Longa was arrested two weeks ago after detectives intercepted him on Enterprise Road in Nairobi.

“We got information that the suspect had sneaked into Kenya through panya routes and immediately began tracking him down. On July 20, 2018, my undercover detectives intercepted Longa in Nairobi,” Kinoti added.

Longa was taken to court and charged with being in Kenya illegally and engaging in criminal activities. He denied the charges and was released on a cash bail of Ksh.50,000.

Last year, Longa was arrested in his Karen home where police seized fake US dollars worth over Ksh.1 billion. “How can court release such a dangerous character with Ksh.50,000 cash bail? This person was declared persona non grata in 2017 and deported to Duala, Cameroon. We will not allow him to commit crimes in Kenya,” added Kinoti.

The DCI boss insists Longa will remain in police custody as preparations to deport him are concluded.