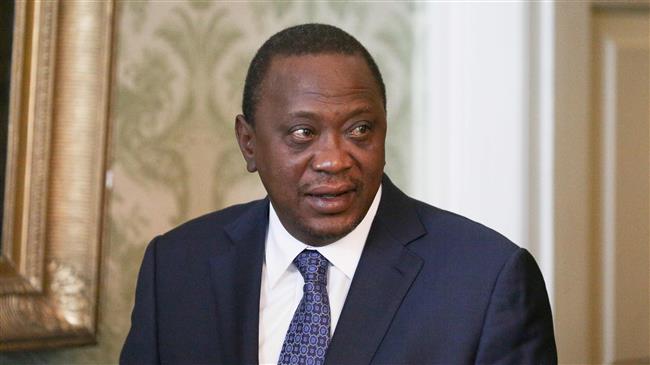 Kenyan President Uhuru Kenyatta has approved a controversial law against the online publications of inappropriate content, a move which critics say would enable the leadership in the Horn of Africa country to further tighten their grip on journalists and opposition activists.

Kenyatta signed the sweeping cyber-crimes act on Wednesday, ignoring calls from rights campaigners not to endorse the law which also criminalizes the publication of “false, misleading or fictitious data”, a clause they say is specifically meant to curb free speech.

The law bans hacking, computer fraud, forgery of data, cyber espionage, publishing child pornography or sending pornographic content via any electronic means, punishing violators with a fine of $50,000 (42,000 euro) or jail terms up to two years, or both.

Critics say the law contains clauses that could make it more difficult for journalists and activists to criticize the government. Rights advocates and journalists have censured the bill, saying it could easily target journalists and others expressing their opinions online.

“Kenyan legislators have passed a wide-ranging bill that will criminalize free speech, with journalists and bloggers likely to be among the first victims if it is signed into law,” said the Committee for Protection of Journalists last week as it urged Kenyatta not to sign the bill.

Kenyatta’s approval of the bill comes following a bloody election season in Kenya in which he beat opposition leader Raila Odinga after two rounds of votes that were marred by widespread allegations of fraud. His government ordered three main television networks to close in January after they ran a live coverage of a mock inauguration ceremony by Odinga, who saw himself as the legitimate winner of the elections. The closures sparked criticisms from governments in Europe.

Eight prominent journalists also left their jobs in March over claims of increased meddling by government and a loss of media freedom in Kenya.