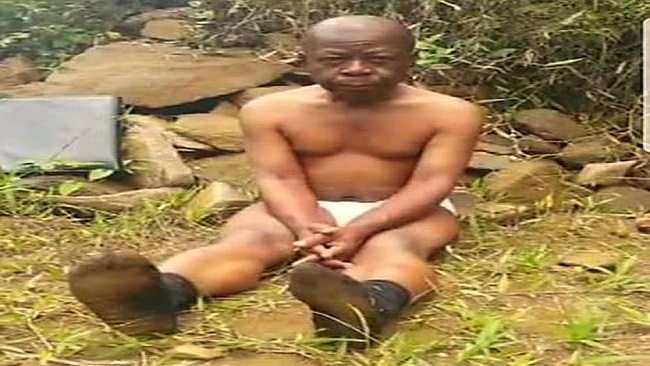 On June 28, armed separatists beat and kidnapped John Fru Ndi, a well-known Cameroonian politician considered by some as one of the country’s old guard of political activism, from his home in Bamenda, North-West region. The attack was only the latest in a litany of abuses implicating armed separatists in Cameroon’s Anglophone regions.

Fru Ndi, chairman of the opposition party Social Democratic Front (SDF), has been a prominent advocate for the rights of Cameroon’s Anglophone minority. This was his second kidnapping in two months. Three days before his most recent abduction, armed separatists abducted and released another high-profile figure, Cornelius Fontem Esua, the archbishop of Bamenda.

Since 2017, armed separatists in the Anglophone North-West and South-West regions have kidnapped hundreds of people, including students and clergy, amid growing calls for the Anglophone regions to secede.

Fru Ndi told Human Rights Watch that the separatists beat him repeatedly. “I heard shooting and I ran out of my house,” he said. “Three separatists put me down on the rough cement ground of my courtyard. They hit me in the head and in the stomach. I was grabbed like an animal to be slaughtered.” They shot his bodyguard in the leg.

Fru Ndi said he was brought to an abandoned house in the nearby forest where he was told to withdraw his party’s representatives from parliament. “I was taken to what the separatists called their ‘prison.’ I saw at least 15 separatists there, armed with assault rifles. They were smoking marijuana and were under the effects of other drugs. They took off my shirt, raised the Ambazonian flag and sang their anthem. They took pictures of me,” he said. “The separatists pretend to be protecting the Anglophone people, but they are just abusing them.” They released Fru Ndi on June 29.

Since late 2016, violence has gripped the Anglophone regions of Cameroon, claiming the lives of about 2000 people and forcing half a million to flee their homes.

The grievances expressed by Anglophone groups over political marginalization and lack of recognition of their cultural identity are real. But kidnapping and abusing civilians will do little to address these grievances.