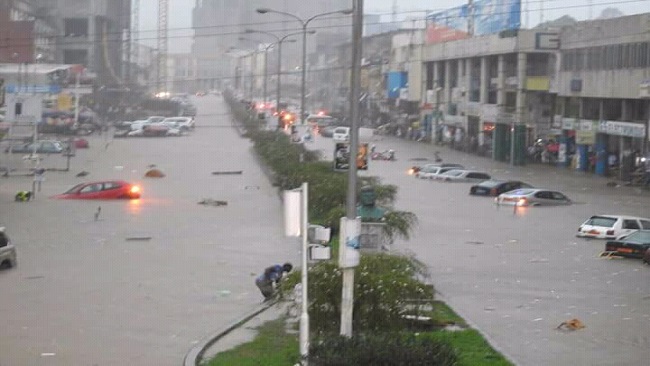 Over 1,000 people were forced to leave their homes and business premises after floods in several areas in Yaoundé. The flooding was caused by heavy rain that began on the 26th February, 2018.

The Avenue Kennedy district is the worst hit area. The Francophone dominated National Disaster Management Agency reported that relief centers have been set up in some districts, accommodating displaced people. Cameroon Intelligence Report understands that several schools were closed in the affected areas.

Yaoundé city council sources hinted that 115 people have evacuated their homes in Carrefour Obili and are staying with extended families.  Schools were also closed in the Bastos district according to local media.

Heavy rain has also affected parts of Omnisport, where some people are currently displaced. Nothing has been said so far about students in boarding schools. The Biya regime warned of further heavy rain and strong winds.