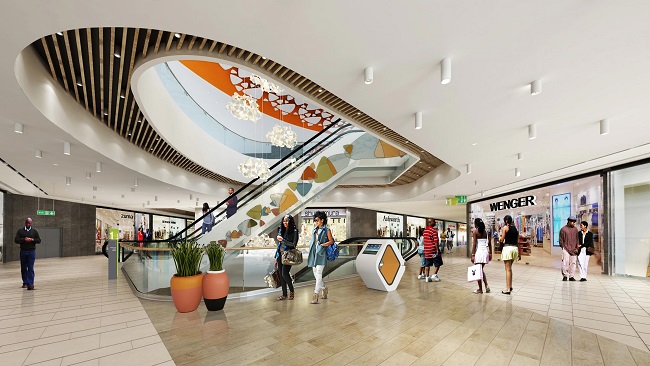 The city of Douala, the economic capital of Cameroon hosts the largest mall in Central Africa. Already the public is keen on discovering the Douala Grand Mall.

The ultra-modern edifice is built on 40,000 m2 of which 18,000 m2 of commercial space is dedicated to entertainment, leisure and shopping.

“The shops are there, everything is in place. Really, I think it’s great for a first time in Cameroon, especially in Douala in our city. Really, it’s very warm and it’s very good. It really makes me happy’’, Honoré Tcheutchoua, Douala resident said.

Douala Grand Mall, which looks like a museum and an airport, will be home to 160 shops, supermarkets, amusement parks and cinemas. 300,000 visitors are expected every month, according to the promoters’ forecasts. The project cost 122 million euros.

“We are targeting the second phase of this project because phase two, which still includes a hotel and an office space, is still part of the complex. We have estimated that in its overall scope, we will generate around 4,500 direct and indirect jobs in all specialties,” Mathurin Kamdem is the promoter of the Douala Grand Mall.

Wearing a mask is mandatory, as measures are taken to curb spread of Covid-19. And the city municipality has also taken measures to limit environmental pollution due to the tons of waste that could be generated by the activities on this site.

Our Cameroonian correspondent, Lambert Ngouanfo reports that ‘’according to the promoters, this large shopping Centre has enabled the injection of 46 million euros into the local economy, through equipment purchases and payment of services. The Cameroonian State, which supports this project for private economic operators, plans to achieve a filling rate of at least 80% by the end of the year’’.