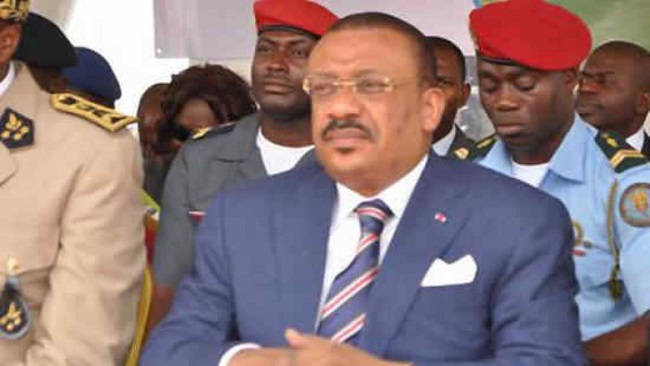 A video that was leaked out on social media showed former Minister of Water and Energy, Basile Atangana Kouna celebrating his birthday in his luxurious cell at the Yaounde central prison.

It is not clear when the amateur video was shot but it emerged on December 24 showing the jailed minister alongside his wife, son and other family members.

The luxurious nature of his prison cell has caused outrage on social media with many questioning the reasons of keeping people in luxurious cells without recovering money they are being accused of embezzling.

Basile Atangana Kouna has been behind bars for the past nine months after he was arrested in Nigeria on March 22 and flown back to Cameroon as he attempted to escape following his dismissal from the government on the 2nd of March.