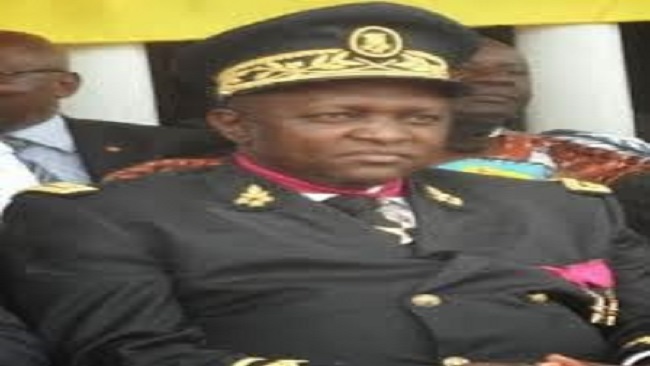 The Francophone governor of the so-called South West region, Okalia Bilai made a mockery of himself following comments in the Lebialem County. The governor, who is currently recuperating from an undisclosed illness, faulted the Lebialem people and their traditional leaders for not citing with Francophone Beti Ewondo political elites ever since the Southern Cameroons revolution started some two years ago.

In an installation ceremony boycotted by all in Bangwaland, the governor was indeed addressing his message to elements of the Rapid Intervention Battalion, BIR that ferried him to the Lebialem County. Not a Lebialem soul was on sight but only a French Cameroun media razzmatazz making a mockery of French Cameroun and its irresponsible leadership headed by Mr. Paul Biya.

The irrational comments of Governor Okalia Bilai have become worrisome not only to the Biya Francophone Beti Ewondo political comedians but to all well meaning French Cameroun elites. The governor’s promise of a major French Cameroun military operation in Lebialem clearly indicates that for 57 years, successive French Cameroun governments have been vindictive not constructive in dealing with Southern Cameroons.

The French colonial administrative officer, Governor Okalia Bilai never spoke about unemployment, recession, and infrastructural deficit in the Lebialem County and by extrapolation, the entire Southern Cameroons but limited Lebialem demands to an inconsequential ministerial portfolio and that of a Senior Divisional Officer.

The military buildup before and after the installation ceremony and the massive boycott including the 37 French Cameroun soldiers killed sent a strong message to Yaounde that slowly but surely, Southern Cameroons/Ambazonia are all heading to Buea.

By Sessekou Ashu Isong in London