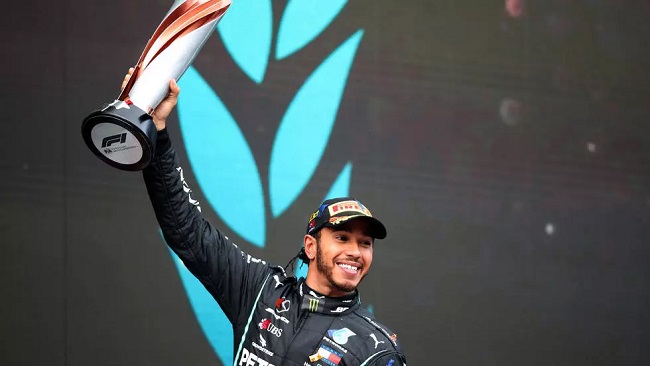 Lewis Hamilton cemented his position as one of Formula One’s true greats when he equalled Michael Schumacher’s all-time record of seven world titles on Sunday, another staggering achievement for a boy who grew up in modest circumstances.

The son of a black father and a white mother, whose parents separated in his youth, Hamilton, 35, grew up on a municipal housing estate. His father Anthony at one time held down three jobs to fund his son’s embryonic racing career in karting.

Hamilton’s journey was unprivileged and without luxury, but it was clear from an early age that he had an outstanding gift for speed and all the gutsy natural instincts of a born racer.

In 1995, aged 10, and wearing a jacket and shoes borrowed from his predecessor as British Formula Cadet karting champion, he went to a glittering awards ceremony in London where he met McLaren’s then-boss Ron Dennis.