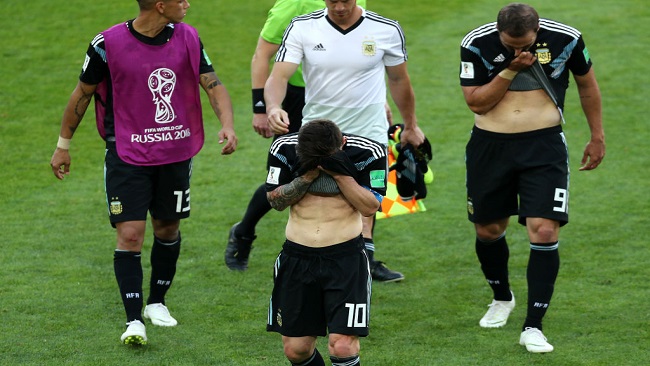 Viewers of the clash between Argentina and Iceland have taken to social media in their droves to (rather harshly) take aim at Lionel Messi, after the Barcelona star’s missed penalty ultimately cost the Albiceleste all 3 points.

The two countries went head to head at the Spartak Stadium in their respective World Cup openers this afternoon, with Argentina having understandably come into proceedings as heavy favourites.

However, Iceland, having famously ousted England from Euro 2016, were widely known to be a tough nut to crack, with Heimir Hallgrímsson’s men having also topped their World Cup qualifying group ahead of the likes of Croatia and the Ukraine. 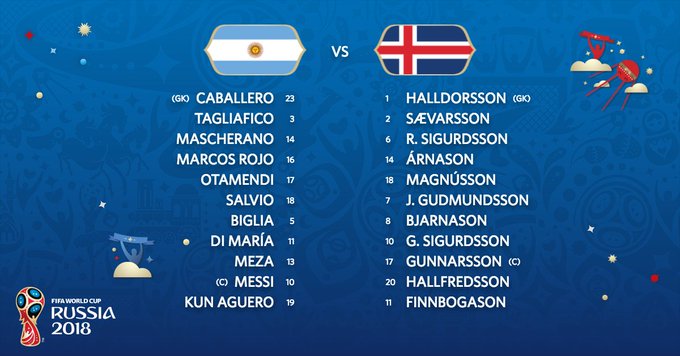 This afternoon’s matchup started out in hectic fashion, as both sides exchanged early chances before Sergio Aguero’s sensational turn and finish gave Argentina a deserved lead. However, the advantage held by Jorge Sampaoli’s men lasted less than 5 minutes, as Iceland’s Alfred Finnbogason slammed home following a poorly-directed save from Willy Caballero. 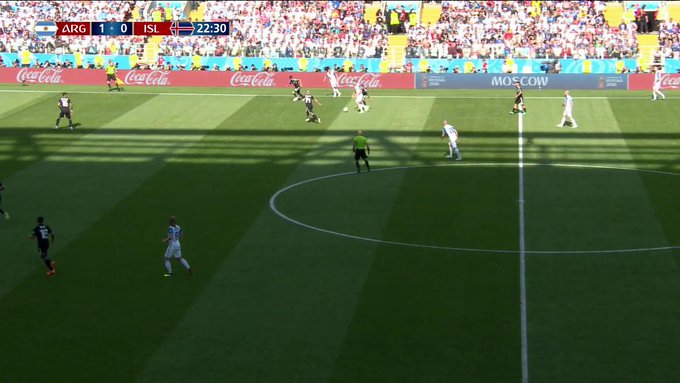 Proceedings soon calmed, as Iceland looked increasingly happy to hold out for a draw. Argentina did have the opportunity to get their noses back in front just past the hour mark, though, when Lionel Messi’s lofted pass saw Maximiliano Meza felled in the Iceland box.

Messi stepped up to take the ensuing spot-kick, but his disappointing effort was well saved by Iceland goalkeeper Hannes Thor Halldorsson: 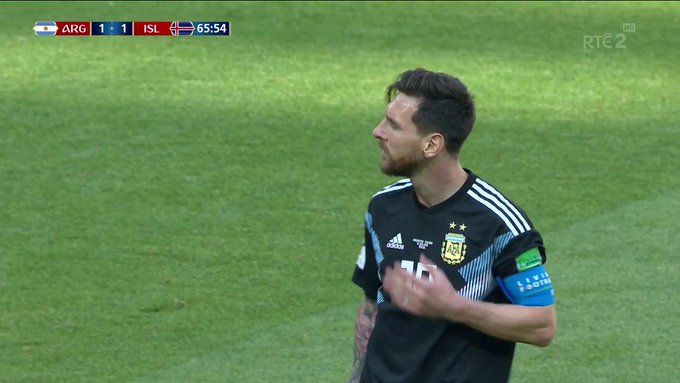 And, despite their best efforts over the remaining half-hour, Argentina failed to break down Iceland’s stout backline, as the latter held out for another famous result.

Unsurprisingly, despite Lionel Messi having had to carry Argentina for the entirety of this afternoon’s fixture, fans online (particularly those who favour Ronaldo in the debate between the two) quickly took aim at the Barcelona superstar.