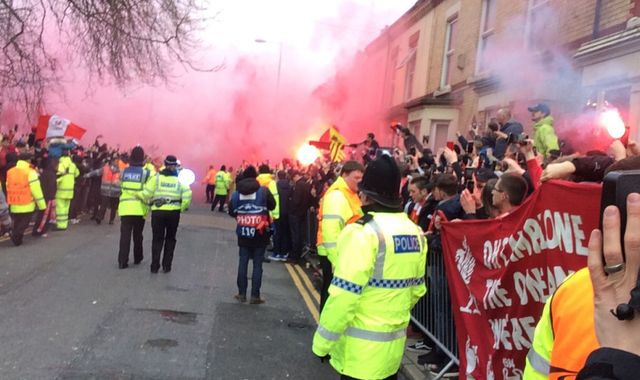 Liverpool fans threw bottles and cans and aimed fireworks at the Manchester City bus as it arrived at Anfield ahead of Wednesday night’s Champions League game.

In the video, Liverpool fans can be seen launching bottles at Manchester City’s bus before the game on April 4.