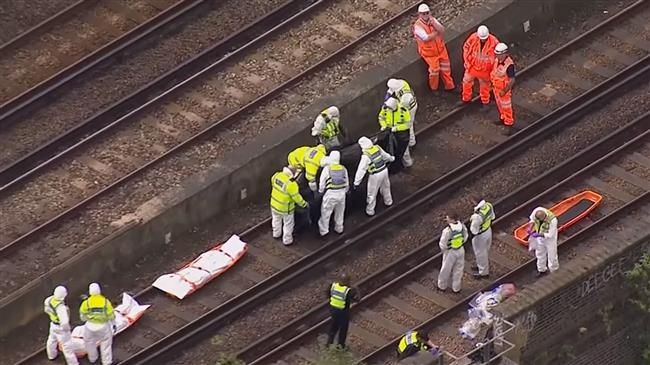 London: Three killed after being hit by train 0

Three people have died in south London after being hit by a train, according to police. The police said on Monday that the men were in their 20s and the accident happened near Loughborough Junction in south London in the early hours of Monday.

Spray cans were found near where their bodies were found, according to rail industry sources.

“My team is now working hard to understand what happened and how these three people came to lose their life on the railway,” said detective Gary Richardson.

“At this time, we are treating their deaths as unexplained as we make a number of immediate inquiries.

“I would ask anyone who was near to Loughborough Junction this morning, and saw something which they think might be relevant, please contact us as soon as possible.”

“It is believed that they died earlier in the morning and that their injuries are consistent with having been hit by a train,” he told reporters.