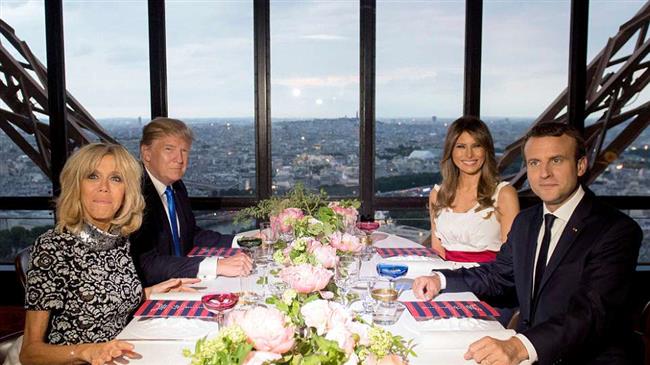 Macron in US for 3 days, will attend first Trump state dinner 0

French President Emmanuel Macron and his wife have arrived in Washington for a three-day state visit as US President Donald Trump hosts his administration’s first official state visit of his presidency.

Impressed by the warm welcome he received for the Bastille Day ceremony last July in Paris, the US president has returned the favor by making Macron the first foreign leader of the Trump-era to receive a state visit.

The Macrons arrived at Andrews Air Force Base outside Washington to the playing of both the French and American national anthem, where Macron said he was looking forward to the “very important” visit.

“This is a great honor and I think a very important state visit given the moment of our current environment,” Macron said Monday as he briefly spoke to reporters outside the plane, first conversing with the crowd in English and then in French.

The couple then took a motorcade into Washington, DC, and were spotted walking around downtown, just blocks from the White House. 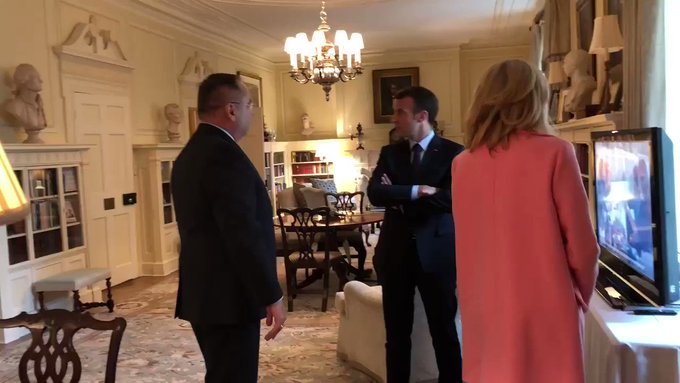 Of all Europe’s leaders, Macron has been most successful in building a relationship with Trump over the past year, winning him over in part with a lavish visit to Paris in July. Macron was not able to dissuade the US president from pulling out of the Paris climate accord, but he is seeking to be more successful in keeping Trump in the Iran nuclear deal which the US President is mulling to exit.

“Is this agreement perfect and this JCPOA a perfect thing for our relationship with Iran? No,” Macron said on “Fox News Sunday,” before his trip to the US. “But for nuclear, what do you have as a better option? I don’t see it. What is the what-if scenario or your plan B? I don’t have any Plan B for nuclear against Iran. So that’s a question we will discuss.”

Donald Trump is the first president since Calvin Coolidge in the 1920s to end his first year in office without hosting a foreign leader on a state visit. But now Trump and his wife are preparing for a pomp display of hospitality. The US first lady has selected specific decor, entertainment and food options for Tuesday night’s state dinner, the White House said.

The menu will consist of three courses, which will include American dishes with French influences. The main course will be a rack of spring lamb with Carolina gold rice jambalaya.

In a break with tradition, AP has reported that Trump has invited no Democratic members of Congress or journalists. But at least one Democrat will be in the crowd: the office of Louisiana Governor John Bel Edwards confirmed his attendance. Louisiana is a state with a strong French cultural heritage.

Approximately 150 guests will take their seats in the State Dining Room on Tuesday, making for a more intimate affair than those held by President Barack Obama. Obama’s guest lists numbered into the hundreds, requiring that the event be held in a tented pavilion erected on the South Lawn because no room in the White House can accommodate that many people.