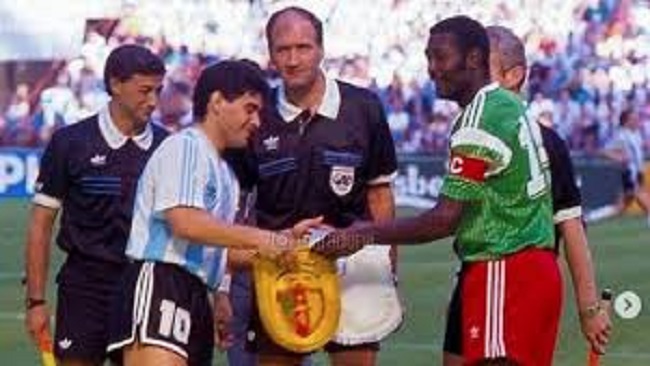 A right-back in his playing days, Tataw captained Cameroon at the 1990 and 1994 Fifa World Cup tournaments.

At Italy 1990, he led a team that stunned then defending champions Argentina 1-0 in their opening Group B match, thanks to a Francois-Omam Biyik second-half goal.

Posting a picture of himself and Tataw on social media just before the famous match at the San Siro, Maradona saluted the ex-Cameroon skipper.

“Thirty years ago, with Stephen Tataw, captain of the “Indomitable Lions” of Cameroon at the 1990 World Cup. My respects to your family, may you rest in peace,” wrote Maradona.