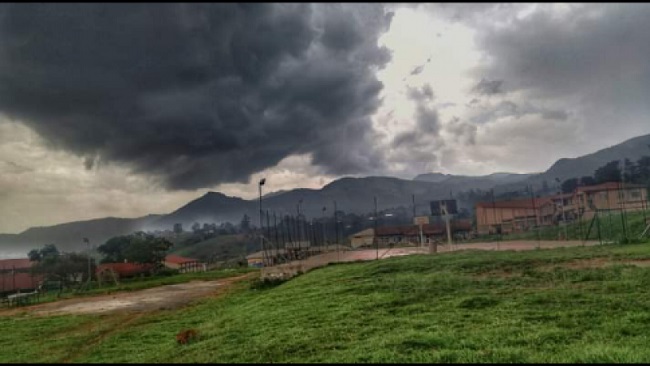 Martyr General Joel Tanteh, Lt. General Fuonkeh aka Chop: Yerima says Ambazonia will not back down on independence issue 0

The Vice President of the Ambazonia Interim Government Dabney Yerima says the Federal Republic of Ambazonia will not back down on its right to an independent state and will continue its self defense policy and resistance in line with the right to sovereignty as defined by the founding fathers of the United Nations.

“The Federal Republic of Ambazonia will not back down on its sovereignty in the face of a French backed French Cameroun genocidal campaign and will continue to march on the basis of self defense” Dabney Yerima told Southern Cameroonians in the diaspora via zoom during a meeting on the situation in Bambili and the assassination of two top Amba self defense soldiers-Martyr General Joel Tanteh and Lt. General Fuonkeh.

Underlining the fact that the Federal Republic of Ambazonia will never join the list of failed states, Vice President Dabney Yerima said “What prevents Southern Cameroons Self Defense Forces from attacking La Republique du Cameroun is the Anglo Saxon way of thinking and principles, which prohibit the use of violence to massacre innocent citizens.”

Referring to massacre of thousands of innocent Southern Cameroonians in both the Northern and the Southern Zones as well as the recent indiscriminate killings in Bambili and Mautu, Dabney Yerima said, “Massacring civilians and innocent people is the way of French Cameroun political system, but the Federal Republic of Ambazonia does not believe in this method.”

Elsewhere in his comments, Vice President Yerima stated that those Southern Cameroons clowns in the French Cameroun crime syndicate in Yaoundé, who keep saying that we will not get to Buea must know that they and those bigger than them in La Republique du Cameroun cannot prevent the Ambazonian people from establishing their own nation.