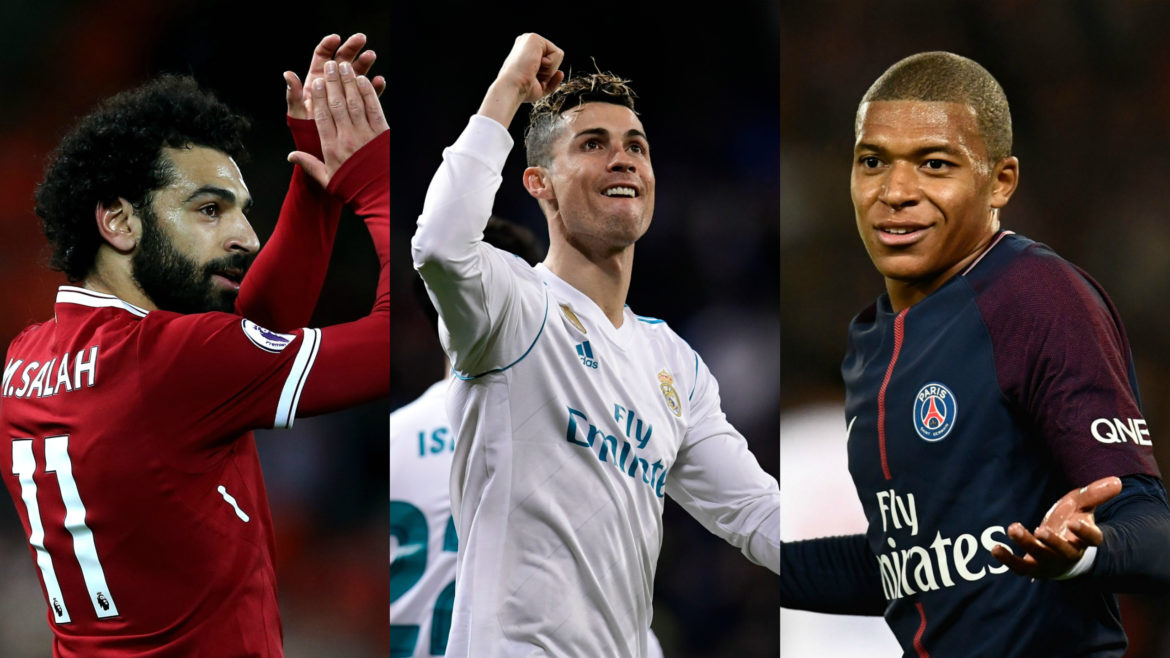 Mbappe, Salah shortlisted for FIFA player of the year award 0

The 19-year-old Mbappe followed up a domestic treble with Paris St Germain with a string of impressive performances in France’s World Cup winning campaign.

He became only the second teenager after Pele to score in a World Cup final as France powered past Croatia 4-2 to win the sport’s top prize for the second time, 20 years after their first triumph.

Egypt’s Mohamed Salah, the top scorer in European club football last year, scored 44 goals for the Premier League side Liverpool in all competitions. The current African footballer of the year, Salah, would be the first player from the continent to win the FIFA prize since Liberian striker – and current president – George Weah in 1995.

Brazil and Paris St Germain forward Neymar missed out on a nomination.