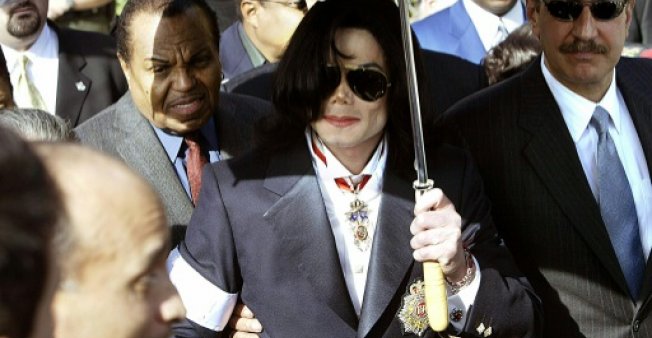 Nearly a decade after his death, Michael Jackson is out with new music in a guest appearance on the keenly awaited new album by Drake.

The late King of Pop appears in a song on “Scorpion,” the fifth studio album by the Toronto hip-hop star who pulled another surprise by using the release to come clean about his secret child.

True to form for Drake, whose sensibility for catchy beats has made him one of the top-selling artists of recent years, the 25-track album that came out Friday sprawls defiantly, as if resisting the traditional confines of records.

Yet Drake loosely divides “Scorpion” in two — a first “side” in which he hones his rap skills and a second, more unexpected half in which Drake branches further into pop.

“Don’t Matter To Me,” the song with Jackson, belongs firmly to Drake’s pop mode. The 31-year-old proves his bona fides as a singer, his piercing rap delivery giving way to a full-textured silkiness that complements Jackson’s higher ranges.

A dreamy mid-tempo track driven by a synthesized R&B bass, “Don’t Matter To Me” is in line with the adult output of Jackson, whose distinct voice is heard on the chorus.

Drake revealed nothing about the song’s genesis.

But Jackson is known to have left a series of unfinished tracks when he died in 2009. A previous posthumous duet, “Love Never Felt So Good,” came out in 2014 between Jackson and pop star Justin Timberlake.

Like “Don’t Matter To Me,” the Timberlake collaboration was credited in part to the legendary crooner Paul Anka.

Jackson had been working on an album of duets with Anka, the voice behind such classic pop hits as “Put Your Head on My Shoulder,” in 1983.

But the project fell by the wayside as the former child star was propelled to fortune with “Thriller,” which went on to become the best-selling album of all time.

Drake, in a rare interview last year, described Jackson as a longtime model and voiced dismay at being pigeon-holed as a rapper.

The song coincidentally comes out little more than a day after the death of Joe Jackson, the King of Pop’s father and manager who guided his children’s careers but was ruthless in his discipline.

– Politics and a secret child –

Jackson is not the only special guest on “Scorpion.” Rap mega-star Jay-Z lends rhymes on “Talk Up” that denounce President Donald Trump — a rare political display for a song by Drake, who while making clear his disdain for Trump has largely preferred apolitical, crowd-pleasing rhythms.

Drake incorporates his recent input into “Scorpion” — “God’s Plan,” an infectious hip-hop track that has spent the longest stretch on the top of the US singles chart this year, and “Nice For What,” a fast-driving dip into New Orleans’ bounce scene.

But while “Scorpion” is full of feel-good vibes — “Ratchet Happy Birthday” seems destined to be played at many a boisterous party — Drake closes on a serious note as he acknowledges he is a father.

Drake admits the substance of a diss track in May by Pusha T who said that Drake had a son with Sophie Brussaux, a French former pornographic actress.

“I wasn’t hiding my kid from the world / I was hiding the world from my kid,” Drake raps in “Emotionless,” which samples Mariah Carey’s “Emotions.”

Later on the album, Drake hints that he has only seen his child once and is embarrassed he is following the footsteps of his divorced parents.

“Always promised the family unit / I wanted it to be different because I’ve been through it / But this is the harsh truth now.”