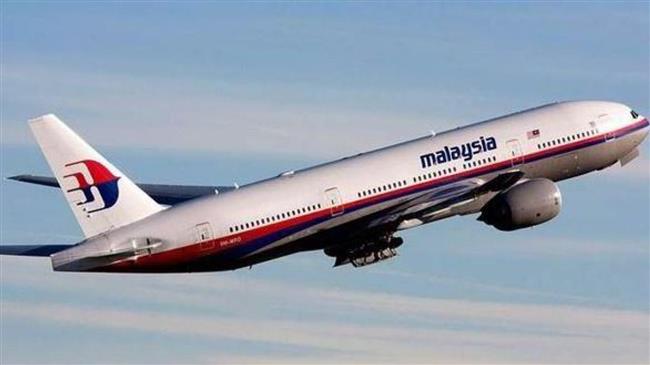 Western air safety experts say the disappearance in 2014 of Malaysia Airline MH370 flight was the result of a murder-suicide mission by the plane’s Captain Zaharie Amad Shah.

The conclusion was revealed by a panel of international air transportation specialists discussing the 2014 incident during an Australian TV news program, 60 Minutes, on Sunday, when they agreed that the pilot deliberately hijacked the plane and brought it down in the southern Indian Ocean, where they said the pilot knew the aircraft could not be located.

“This was planned, this was deliberate, and it was done over an extended period of time,” said Martin Dolan, the chief commissioner of the Australian Transport Safety Bureau (ATSB), who spent two years heading the search for the airliner.

Dolan dismissed the possibility that terrorism was involved, saying, “If this had been a terrorist event, it’s almost invariable that a terrorist organization will claim credit for the event. There was no such claim made.”

The Malaysia Airlines jet was on a routine flight from Kuala Lumpur to Beijing on March 8, 2014 with 239 people on board when it disappeared.

Analysis of satellite data indicated that it ran out of fuel and crashed in the Indian Ocean west of Australia, thousands of miles from its intended destination. The biggest underwater search in history, coordinated by ATSB, was called off in January 2017 after two years.

Six days after the MH370 disappeared, the houses of the 53-year-old Zaharie and first officer Fariq Abdul Hamid were searched in the Malaysian capital of Kuala Lumpur, and the computer equipment seized contained evidence suggesting that Zaharie had used flight simulation software to prepare for diverting the aircraft.

Captain Simon Hardy, a British pilot and Boeing 777 specialist and instructor who has flown the plane widely in Asia, said Zaharie’s mission was “planned meticulously to make the aircraft disappear,” including by flying along the Thai-Malaysian frontier to avoid either side taking action.

“If you were commissioning me to make a 777 disappear, I would do exactly the same thing,” he said during the TV program.

Additionally, a former senior investigator with Canada’s Transportation Safety Board, Larry Vance, said he believed Zaharie put on an oxygen mask before depressurizing the aircraft to render the passengers and crew unconscious.

“There is no reason not to believe that the pilot did not depressurize the cabin to incapacitate the passengers,” he said.

The participating experts disagreed over whether Captain Zaharie was in control of the passenger plane at the time it plunged into the ocean. While Vance said he believed the pilot “ditched it deliberately to keep it as intact as possible,” Dolan said the evidence indicated “the aircraft spiraled into the ocean and crashed.”

Meanwhile, a second search of a wider area of the Indian Ocean seabed for the remains of MH370 was launched in January, conducted by a private firm called Ocean Infinity. The underwater exploration in an area north of the previous zone has so far found nothing related to the missing airliner and is likely to conclude in June.