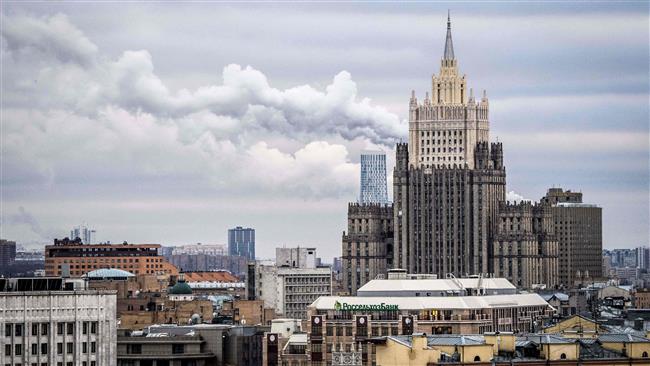 Russia says the United States has been leaking to the media the confidential financial data of the Russian diplomats based in America, thereby violating their privacy and diplomatic immunity.

US media outlet Buzzfeed reported Wednesday that US officials investigating allegations of Russian interference in the 2016 presidential election in the US were inspecting newly uncovered financial transactions between the Russian government and people or businesses inside the US.

Russian Foreign Ministry said in a statement the following day that the transactions that had been leaked contained nothing except routine payments but that hey were being twisted to make them appear suspicious.

“It’s obvious that this could not have happened without the knowledge of the authorities of that country (the United States),” the Russian Foreign Ministry said on Thursday. “In other words, this intrusion on the sanctity of the accounts of the [Russian] embassy and its staff, who have diplomatic immunity, is the work of Washington officialdom.”

The ministry criticized Washington for “not ensuring the appropriate conditions for the functioning of Russia’s diplomatic missions,” saying the pressure on the diplomats “continues and is growing.”

The ministry demanded that Washington “immediately stop the unlawful distribution of confidential information… and hold responsible those who are to blame, including those who hold relevant posts in the American state administration.”

The US Justice Department’s special counsel, Robert Mueller, has been leading a team of investigators looking into allegations of Russian interference in the presidential election that put Donald Trump into office. Both Moscow and the White House have repeatedly dismissed the allegations.

Investigators are now looking into a number of transactions between the government in Moscow and entities in the US flagged to the Treasury Department as suspicious.

A spokesman for the Russian Embassy, Nikolay Lakhonin, told Buzzfeed on Wednesday that the embassy’s transactions in America were in compliance with the law and said that the leaked activity reports were intended to “discredit Russian official missions.”