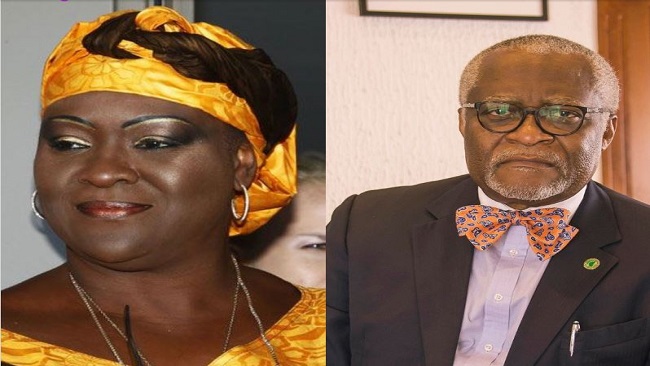 Muna family: How the ruling CPDM crime syndicate is destroying the rich legacy 0

According to dependable sources, the meeting was suspended after  Ama Tutu Muna and George Muna seized the Court of First Instance Bonanjo to challenge the convening of the meeting citing irregularities.

Legal experts say it remains unimaginable that three distinct meetings are convened at the same venue and time with the same audience and a confusing agenda, given that not all board members are shareholders.

The Ohada Uniform Act provides that for a General Assembly to be legally convened, the notice of the meeting should be sent to the shareholders 15 days before the date meeting. The Chairman of the Board of Directors of Daniel Muna Memorial Clinic, Dr. Eninwi Mawan Muna signed the invitation to the July 13 meeting on June 29, 2021 – only 14 days before the meeting.

The invitation to the Board of Directors meeting rather carried an agenda for a general assembly. Legal experts say the situation is irregular.

Given that Daniel Muna Memorial Clinic, S.A is a family business, the exclusion of Minister Ama Tutu Muna and the successor of late Edwin Muna is seen as an irregularity.

“So, for many years, it was working okay. But when Daniel Muna passed, it was okay because the Muna brothers were managing. For the past five years. We have had five members who are deceased. But they have their administrators, their children who are around. And we have three active members who are alive – George Muna, Ama Muna, and Akere Muna,” said Chembifon Diboue Muna. But what is happening is that each time we call for a board meeting, as you can see today, we had a board meeting and Akere Muna did not show up. So Akere Muna doesn’t come to no board meeting and is manipulating things from the back…There are many things he is doing from the back.”

Diboue Muna says that they feel cheated in the sharing of dividends from DMMC.

‘Muna children are not fighting’

George Muna, son of late Rt. Hon. S.T. Muna says contrary to public opinion, the Muna children are not fighting and have no family problem.

“…We are only saying that we want to know how the clinic is run and to have access to certain documents,” said George Muna.

On July 6, 2021, Barrister Achu Julius, counsel for Ama Tutu Muna and George Muna “who are shareholders of the Daniel Muna Memorial Clinic S.A.” wrote to the Board Chair of the company requesting documents prior to the July 13 meeting. The request that had a 24-hour deadline went unheeded.

Aside from challenging the convening of the meeting, Ama Muna and George Muna prayed the court to declare subsequent resolutions of the said meeting null and void.

The matter came up at 10am this Tuesday at the Bonanjo Magistrate’s Court. Given that it was an urgent application, the matter was adjourned to midday. At midday, the lawyer for the Clinic told the court that the said meeting convened by Dr. Eninwi Mawan Muna had been suspended because the matter was in court.

The convener of the meeting who sits as Board Chairman had decided to wait for the verdict from the court causing the meeting not to hold.

After listening to the lawyer to Daniel Muna Memorial Clinic who failed to present any written justification, the court decided on its own volition to visit the venue of the meeting to verify the facts that the meeting did not hold.

The matter was adjourned to 2.30pm, time enough for the court to visit the venue of the meeting under contention.  At the Head Office of Daniel Muna Memorial Clinic, the court got confirmation from the Board Chairman, Dr. Eninwi Mawan Muna that the meeting did not hold.

When the matter resumed in court at 2:30pm, the court decided that the application for suspension of the meeting was no longer necessary because the company itself had suspended the meeting. The court however ordered that the Board Chairman of Daniel Muna Memorial Clinic should serve all the parties with all the company documents before the convening of the next meeting.