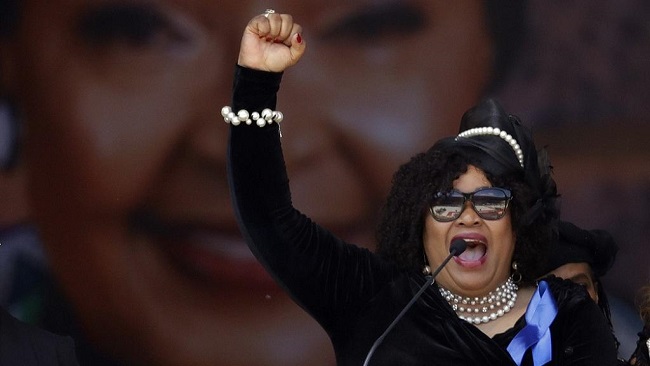 South Africa’s ambassador to Denmark has died in Johannesburg at the age of 59, a family source has confirmed to the public broadcaster SABC.

She was the youngest daughter of the couple and is reputed to have spent many years involved in South Africa’s freedom struggle.

She was deeply involved in the arts, philanthropy and business. She is a co-founder of the Mandela Legacy Foundation and is also Managing Trustee of the Nelson Mandela Children’s Fund.

South Africa’s social media space has been buzzing with tonnes of tribute to Zindzi who was a staunch activist against maladminstration.

Zindzi dies on the same day in 1969 when Mandela’s eldest son Madiba Thembikile (Thembi) also died in a car accident, the Nelson Mandela Foundation posted in its daily updates on the life of the globally celebrated statesman.