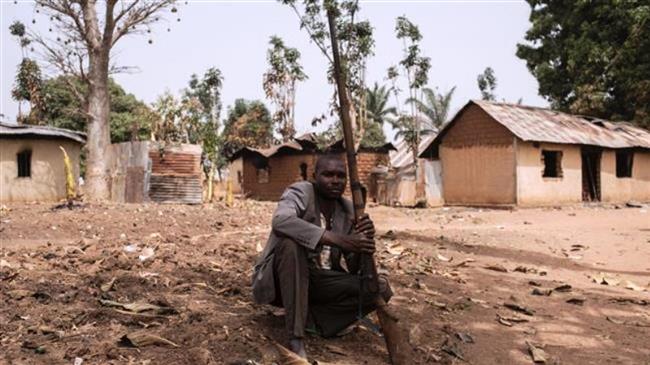 Some 45 people have been killed in an attack by armed bandits on villagers in the northern Nigerian state of Kaduna.

Civilian militia members in Kaduna said on Sunday that bandits who attacked Gwaska village a day earlier were from the neighboring Zamfara state.

“The attackers were obviously armed bandits from neighboring Zamfara state who have been terrorizing Birnin Gwari area…,” said a vigilante on condition of anonymity, adding, “The 45 bodies were found scattered in the bush. The bandits pursued residents who mobilized to defend the village after overpowering them.”

The vigilante said those dead in the attack which took place at about 2:30pm (1330 GMT) Saturday included children abandoned by their parents.

“They burnt down many homes,” he said, adding that the bandits returned to their base in the forest in Zamfara after staying in the area for three hours.

Kaduna state police confirmed the attack with Mukhtar Aliyu, a spokesman, saying it was carried out by armed bandits. Two similar attacks killed 25 people last week in northern Nigeria, most of them in clashes between cattle thieves and local civilian militia in Zamfara.

Nigeria is faced with a diverse range of security threats in its northern regions where police and judicial system have failed to function properly.

Thousands have been killed in attacks by Takfiri terrorist group Boko Haram since the group launched its militancy in 2009. The region has also seen a surge in rural violence which often involves cattle theft, robbery and kidnappings for ransom.

Nigerian President Muhammadu Buhari is facing growing criticism over the insecurity in the north and other regions. Many say his administration’s inability to contain the violence might cost him dearly in the upcoming presidential polls in 2018.