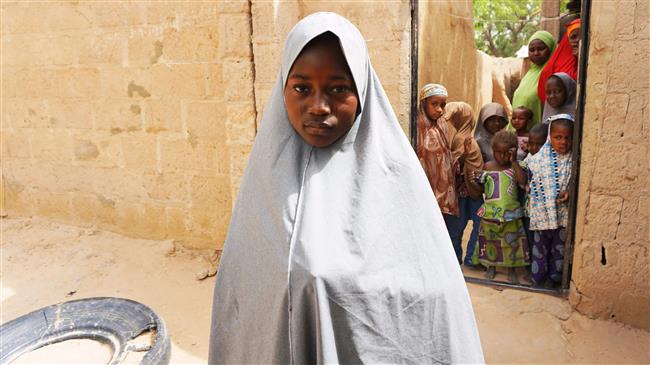 Nigeria has confirmed another mass kidnapping of schoolgirls in the militancy-riddled northeast, saying it has deployed extra troops and planes to search for over 100 girls, who remain missing following a Boko Haram raid on their school last week.

Militants on February 19 drove into the town of Dapchi in northeastern Yobe State in trucks and attacked the school, causing students and teachers to flee into the surrounding bush.

It is not known how the girls were abducted, but witnesses say some of the attackers were camouflaged, making the students mistake them for army soldiers.

Government and police officials have been giving contradictory figures of those missing, with estimates ranging from 50 to 100.

The Yobe State government also added to the confusion on Wednesday, when it said dozens of the abducted girls had been rescued, prompting many locals, including the parents of the missing girls, in Dapchi to celebrate.

The next day, however, the local administration apologized for the “erroneous” statement, which it said had been based on inaccurate information.

Finally, the Nigerian Information Ministry on Sunday put an end to confusion and acknowledged that 110 girls are missing in a statement based on numbers obtained from parents who said their girls had not returned home since the school raid.

“The federal government has confirmed that 110 students of the Government Science and Technical College in Dapchi, Yobe State, are so far unaccounted for, after insurgents believed to be from a faction of Boko Haram invaded their school on Monday,” the statement said.

The statement said 906 students were in the school on the day of the attack.

Information Minister Lai Mohammed said additional security officials have been deployed to schools in the state.

The Nigerian Air Force also said the chief of air staff had “directed the immediate deployment of additional air assets and Nigerian Air Force personnel to the northeast with the sole mission of conducting day and night searches for the missing girls” in coordination with the ground forces.

The latest kidnappings have revived the painful memories of another mass abduction in April 2014, when Boko Haram militants attacked a girl school and kidnapped 294 girls in Chibok, Borno State. Many of the girls were released after negotiations, but more than 100 remain in captivity, their whereabouts unknown.

There has been growing anger among locals over the government’s handling of the recent incident as well as reports that soldiers had been withdrawn from key checkpoints in Dapchi last month.

The Nigerian government has claimed in the past that Boko Haram was defeated, but the Takfiri outfit continues to vex especially in the country’s restive northeast.

The Takfiri Boko Haram militant group has killed more than 20,000 people and forced two million to flee their homes since the onset of its terror campaign in 2009. It pledged allegiance Daesh in 2015.