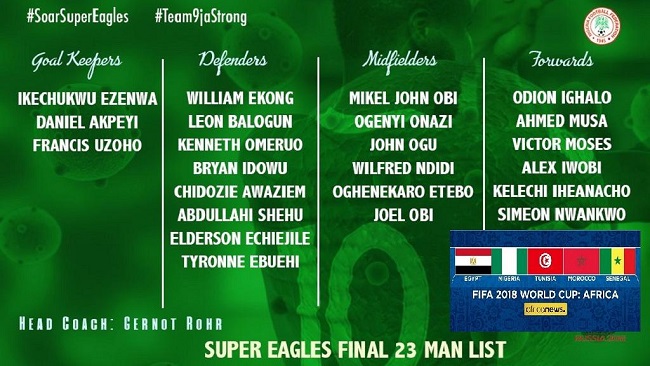 Nigeria’s coach named the final 23 man squad that will be representing the country at this month’s World Cup in Russia.

The squad was made public on Sunday before the team set off to their training camp in Austria, for their last warm up game against Czech Republic on June 6. 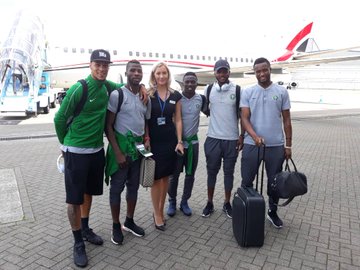 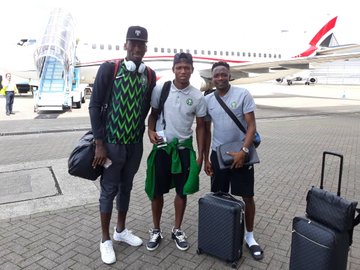 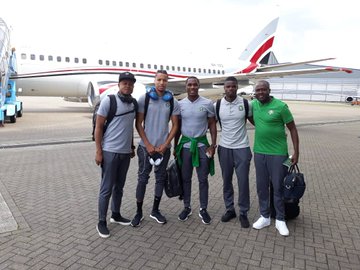 The Super Eagles lost a friendly game against England on Saturday and coach Gernot Rohr said the team will train hard to improve before their opening game against Croatia on June 16.

“This game shows we still have a lot of work to do to be ready for the World Cup. We have to make the best use of the 2 weeks left before our first game in Russia. It’s time to focus..no distractions,’‘ Rohr said. 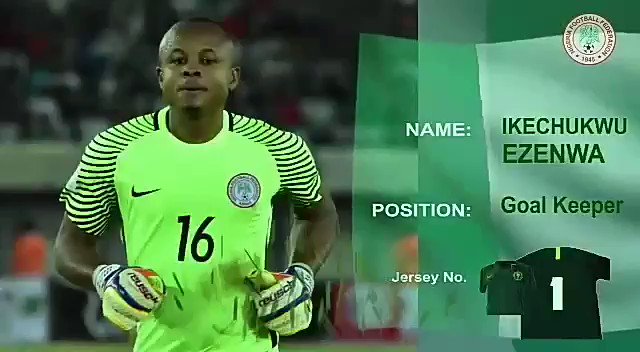