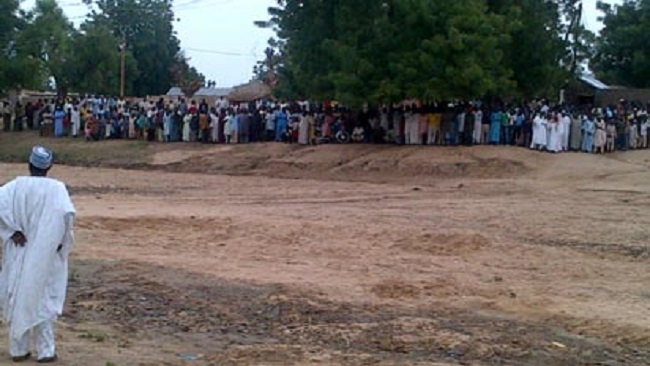 Newsmen also report that the state government had promised to build camps for the refugees in order to alleviate their plight pending their return home. Akpama said that Ayade’s administration places premium on the welfare of residents in the state and those in distress. “The governor has sent us here to come and donate this food and non-food materials to you. “In his vision, he has decided that we come here today and give you this food so that you can also join him in celebrating his birthday.

“There is no greater pain like depriving a people of their ancestral homes and reducing them to wants in body and soul,’’ she said. Dr Itam Abang, member representing Boki I state Constituency in the state house of assembly, urged the refugees to be law abiding. Abang said that the state was working with the federal government and the international community to find a solution to their plight. “Governor Ayade’s administration has value for human welfare and security; this he has shown through the delivery of all these food and non food materials,’’ she said.

Mr John Inaku, Director General of Cross River State Emergency Management Agency, told the refugees that the state governor was passionate about their plight. “We have your brothers and sisters in other locations as well, these items are for those of you in Boki and I can assure you that the governor will also reach others soon,” he said. Mr James Ogar, who spoke on behalf of the refugees, lauded the government and people of the state for their concern, noting that the gesture was a sign of true love to those in need. Newsmen report that the items included rice, plantain, beans, yam, garri, palm oil, cartons of Indomie, toiletries, cooking utensils amongst others.