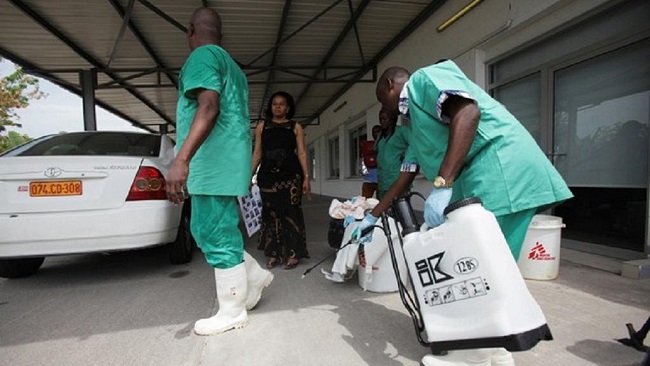 Nigeria has increased screening tests at airports and other points of entry as a precautionary measure following an outbreak of Ebola in the Democratic Republic of Congo, the immigration service said on Thursday.

At least 17 people have died in an area of northwestern Democratic Republic of Congo, two years after the worst ever outbreak of the virus ended in West Africa after killing more than 11,300 people and infecting some 28,600, mainly in Guinea, Sierra Leone and Liberia.

Nigeria was hailed as having contained the virus in 2014, with 8 deaths, following fears that it could spread through the commercial capital of some 20 million inhabitants and across Africa’s most populous country of around 180 million people.

The Nigerian Immigration Service (NIS) said thermometers had been used to monitor some entrants into the country since the virus last hit the region. Screening had been stepped up since the latest outbreak in Congo.

“We are using all the facilities available to detect the virus. That means extra use of thermometers,” said NIS spokesman Sunday James, speaking via phone.

“We must take extra measures to make sure people are screened at all the entry points into the country,” he said.

Ebola spread to Nigeria in 2014 when Patrick Sawyer, a Liberian-American diplomat, flew into the country from Liberia and collapsed at the main international airport in Lagos.

Authorities in Kenya have also beefed up efforts to screening travelers at the Jomo Kenyatta International Airport, the border posts of Busia and Malaba.

Cabinet Secretary Sicily Kariuki told journalists that thermal guns had been installed at these points to detect persons with elevated temperatures.

A National Health Emergencies Council has also been established to act expeditiously to prevent any importation of Ebola.