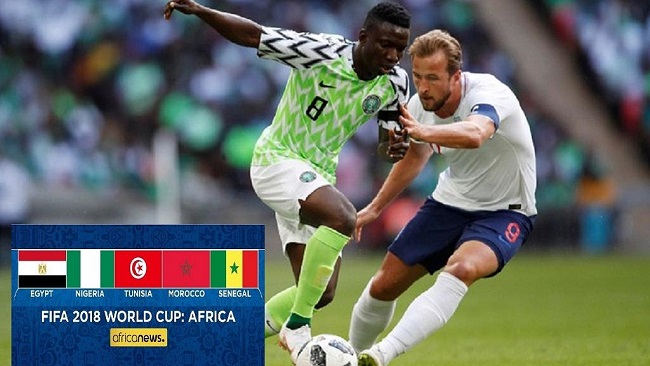 All of Africa will be rooting for Nigeria’s Super Eagles on Saturday as they take on European side Croatia in the opening game of the ‘official’ 2018 World Cup of Death, Group D.

Nigeria who will be fielding the youngest team at the World Cup have had scandal free preparations in the camp, but have been the center of all headlines, thanks to their fashionable jersey and off-the-pitch outfits.

Nigeria’s coach Gernot Rohr said on Friday that the team is ‘physically and mentally ready’ for the opening game at the Kaliningrad Stadium, adding that he hopes to get support from the hosts Russia.

Lionel Messi’s Argentina will be taking on the adored European side, Iceland who were the surprise package at Euro 2016.

Argentina’s coach Jorge Sampaoli has already named his starting eleven for the game, choosing to go with the potenet attacking duo of Lionel Messi and Sergio Aguero.

In Group C, 1998 world champions France will be taking on Australia and expectations will be weighing heavy on this generation of Frenchmen to replicate the success of their heroes, whose captain Didier Deschamps is back at the World Cup as the coach.

Featuring players like Manchester United’s Paul Pogba, PSG’s Kylian Mbappe and Athletico Madrid’s Antoine Griezman, France are not only group favorites, many fancy them to go all the way and lift the trophy.

Both teams will play with an unwritten script that they says they are fighting for the second spot in Group C along with Australia.

Peru have been buoyed by news that their all time scorer Paolo Guerrero is fit to start for them in the game aginst Denmark after being freed from a doping ban.

Guerrero missed the play-offs against New Zealand after he tested positive for a cocaine byproduct contained in a tea.