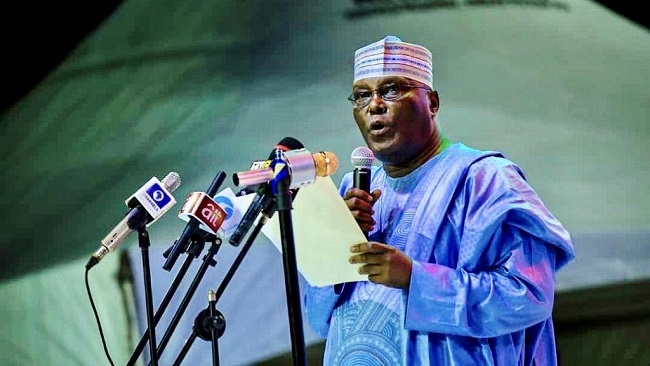 Nigeria’s campaigns picking up: Atiku in north, Osinbajo in south 0

Presidential campaigns are heating up in Nigeria ahead of elections slated for February 2019. The main opposition Peoples Democratic Party, PDP, kicked off their activities in the north.

Flag bearer Atiku Abubakar, a former vice-president was in Sokoto where the PDP campaign officially kicked off earlier this week. His last stop as at Thursday was in the north central Kwara State.

Along with PDP Chairman Uche Secondus and other top party officials, Atiku addressed thousands of party faithful stressing his message of getting Nigeria to work again.

“It is time to return Nigeria to PDP, because the best years of this country was when the PDP was governing our country from 1999-2015.

“In terms of corruption, Nigeria is worse of today than we were in 2014. In terms of economy, we are the poorest country in the world today. In terms of insecurity, we are most insecure than at any other time in our history.”

Whiles Buhari has officially yet to hit the campaign trail, his vice Yemi Osinbajo has been busy in the southern part of the country with house to house engagements in the federal capital territory.

Osinbajo who has been leading the federal government’s social intervention program, Trader Moni, has stressed that the government will continue to guard the public purse and ensure that the ultimate beneficiaries are the people.

“Improving the lives of every Nigerian matters to us. It is why President Muhammadu Buhari and I are committed to working day and night for the majority of Nigerians. We will not rest till majority of Nigerians benefit from the resources of their own nation,” Osinbajo said in a tweet.

Buhari returned to the country from Poland where he attended a climate change summit. He will lead a special session of cabinet on Friday to deal with the 2019 budget for onward transmission to the National Assembly, a special aide said on Thursday.