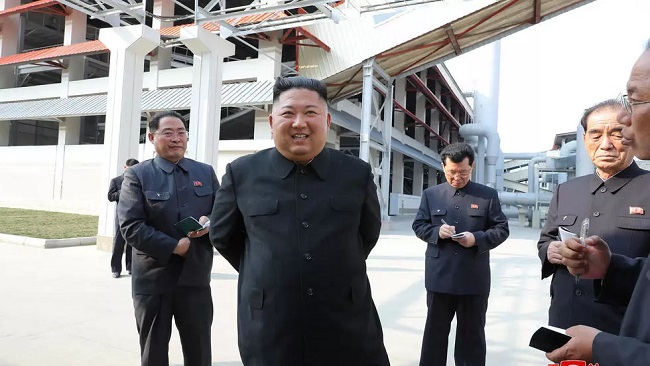 The missile tests were confirmed by two senior Biden administration officials who briefed reporters on condition of anonymity. They come as North Korea has ignored offers from the new administration to resume negotiations, and Secretary of State Antony Blinken last week pressed China to use its “tremendous influence” to convince North Korea to abandon its nuclear program.

The officials, however, sought to downplay the significance of the missile tests, noting that they are not covered by UN Security Council resolutions meant to deter North Korea from pursuing a nuclear program.

Biden himself told reporters the missile tests were not a provocation. “There’s no new wrinkle in what they did,” he said.

South Korea’s Defense Ministry said in a statement Wednesday that it had detected two suspected cruise missile launches by North Korea on Sunday morning. It said the launches were made off North Korea’s west coast and said South Korea is analyzing them.