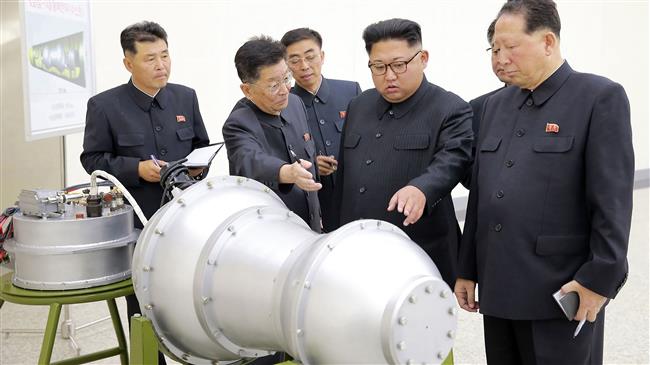 South Korea’s military and Japan’s Coast Guard say North Korea has fired a ballistic missile, which has flown over the northern part of Japan, prompting a warning for residents to take cover and a temporary suspension of train operations.

According to both countries, the launch that took place early Tuesday marked Pyongyang’s first missile to fly over Japan in five years.

South Korea’s Joint Chiefs of Staff said it appeared to have been an intermediate-range ballistic missile (IRBM) launched from North Korea’s Jagang Province. North Korea has used that province to launch several recent tests, including multiple missiles that it claimed were hypersonic.

Tokyo urged residents to shelter themselves and suspended train operations in the area, which was overflew by the North’s projectile.

The missile fell into the Pacific Ocean after flying “over and past” Japan’s territory, the Japanese government said.

South Korea’s Joint Chiefs of Staff, meanwhile, said the South’s military was “maintaining a full readiness posture and closely cooperating with the United States while strengthening surveillance and vigilance.”

“North Korea’s series of actions, including its repeated ballistic missile launches, threaten the peace and security of Japan … and pose a serious challenge to the entire international community, including Japan,” Japan’s top government spokesperson Hirokazu Matsuno, told a news conference.

The test prompted East Japan Railway Co to suspend train operations in the northern regions, Japanese broadcaster NHK reported. Matsuno said there were no reports of damage to aircraft or ships from the missile.

The new missile launch came less than a week after South Korea, Japan, and the US staged anti-submarine drills.

Days earlier, Washington and Seoul’s navies conducted large-scale exercises in the waters off the Korean Peninsula. North Korea considers such drills to be rehearsals for an invasion on its territory.

US President Biden’s predecessor, Donald Trump, took unprecedented steps towards apparently fraternizing the North by initiating several rounds of dialog with it, and even walking a number of steps into the country alongside North Korea’s ruler Kim Jong-un.

However, Washington blew what Pyongyang called a “golden opportunity” at mending the situation by insisting too much on the North’s denuclearization. The emphasis prompted Pyongyang to discredit all the steps that had been taken by Trump as not being genuine and go back to its fiery discourse towards Washington.