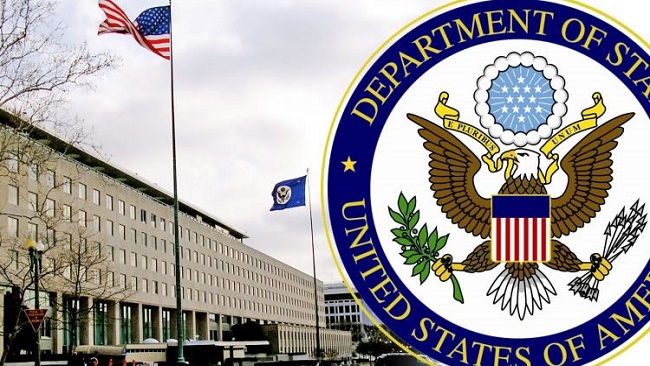 On Friday, January 13, Peace Corps celebrated 60 years of service in Cameroon in a ceremony at the Palais des Congrès in Yaoundé with the U.S. Ambassador to Cameroon Christopher J. Lamora, and the Peace Corps Country Director Kristina Nicole Séne.  As part of the 60th anniversary commemoration, the Ministers of Public Service and Administrative Reform Joseph Le, Secondary Education Pauline Nalova Lyonga, and the Minister Delegate to the Minister of External Relations in charge of relations with Commonwealth Felix Mbayu launched a photograph exhibition of Peace Corps’ 60 years of partnership with the Government of Cameroon.

The event also marked the return of Volunteers to Cameroon after nearly two and a half years of absence due to the COVID-19 pandemic.  Ambassador Lamora administered the oath of service to nine new Peace Corps Volunteers, stating that “Peace Corps embodies the best of America:  Service to others in the pursuit of peace and development.  The work you do is so very important and demonstrates the ongoing spirit of cooperation between the Cameroonian and American peoples.”  Since arriving in late October, the new volunteers have attended an intensive eleven-week cultural, language, and vocational training before being sworn in. Volunteers will work in health centers and with agricultural groups in the Center, Littoral, and South regions of Cameroon.