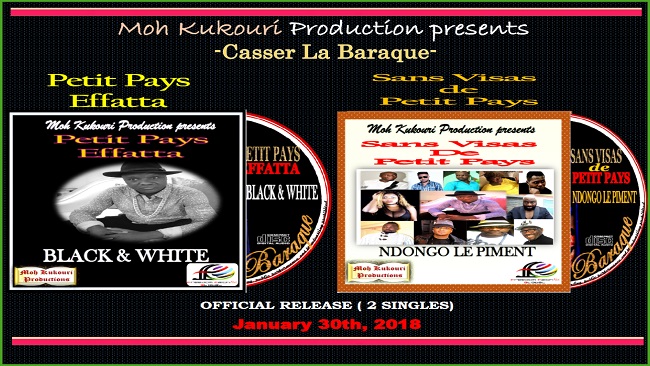 His US based manager, Eyong Eyong Ebot in a telephone conversation with our entertainment editor hinted that “it’s a two new singles”.  Petit Pays has announced that he’s releasing a new album that exclusively consists of “Ndongo Le Piment with the group Sans Visas”.  The album known as ‘Black and White, is a Moh Kukouri Production scheduled for the 30th of January 2018.

It’ll be released in standard physical CD form as well as digital download – but it won’t be eligible for chart entry. Announcing the record in a press release late yesterday, his manager said: “It’s a collaboration of songs that I’m extremely proud of, they’re amazing.”

Petit Pays was quoted as saying that “Lots of great songs go missing when you’re at the apex of your career – here they are.”

He also recently expressed his worries over the happenings in Anglophone Cameroon. Last year he cancelled a concert that was planned for Buea in solidarity with the people of Southern Cameroons and has openly advocated for genuine dialogue to resolve the crisis.